UNESCO’s World Heritage Committee has voted to list the sprawling Mesopotamian metropolis of Babylon as a World Heritage Site after three decades of lobbying efforts by Iraq.Iraq had been trying since 1983 to have the site – a massive 10sq-km complex of which just 18 percent has been excavated thus far – recognised by UNESCO. 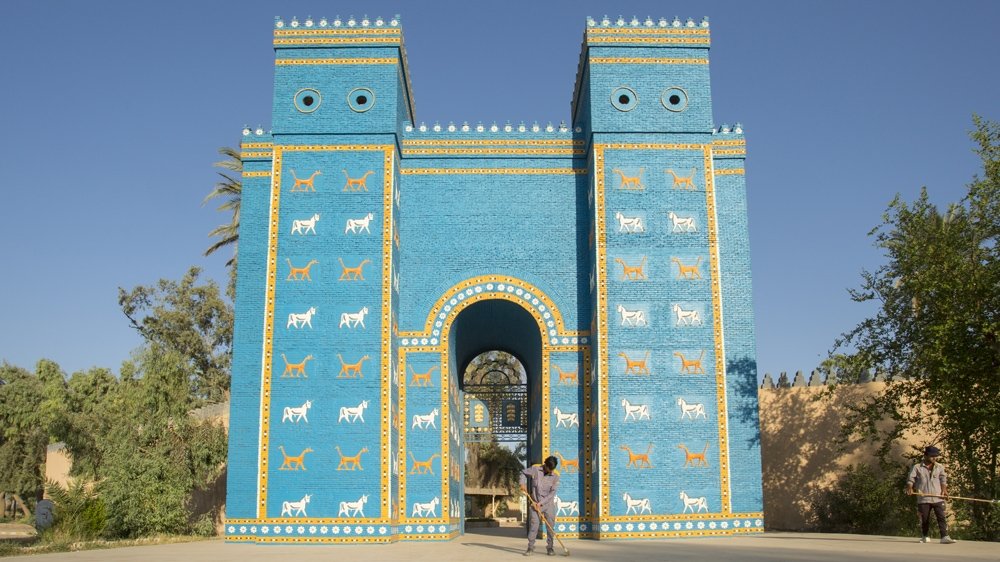 The Ishtar Gate at the ancient archaeological site of Babylon, south of the Iraqi capital Baghdad [Hussein Faleh/AFP]

Straddling Iraq’s Euphrates River, about 100 kilometres south of Baghdad, the city was the centre of the ancient Babylonian empire more than 4,000 years ago.”What is the world heritage list without Babylon? How to tell the history of humanity without the earliest of old chapters, Babylon?” said Iraq’s representative to UNESCO’s World Heritage Committee before the vote as reported by Al-Jazeera.

The committee met in Azerbaijan’s capital of Baku to consider Babylon and another 34 sites, including in Brazil and Burkina Faso, for the World Heritage List.After the successful vote, Iraq’s delegation clasped hands and invited all delegates “to visit Babylon, the cradle of civilisation”.

Babylon developed as a walled city of mudbrick temples and towers, known internationally for its hanging gardens, the Tower of Babel, and the Ishtar Gate.Excavation began in the early 1800s and artefacts were sent abroad, including parts of the Ishtar Gate which remain in museums across Europe.

“Babylon is the largest populated city in ancient history,” said Qahtan al-Abeed, who heads the Basra Antiquities Department and led efforts to get the site listed.”The Babylonians were the civilisation of writing, administration and science,” he told the AFP news agency.

Putting Babylon on the World Heritage List “will encourage research and development of the site”, and would “be free publicity for tourists”, he added excitedly. 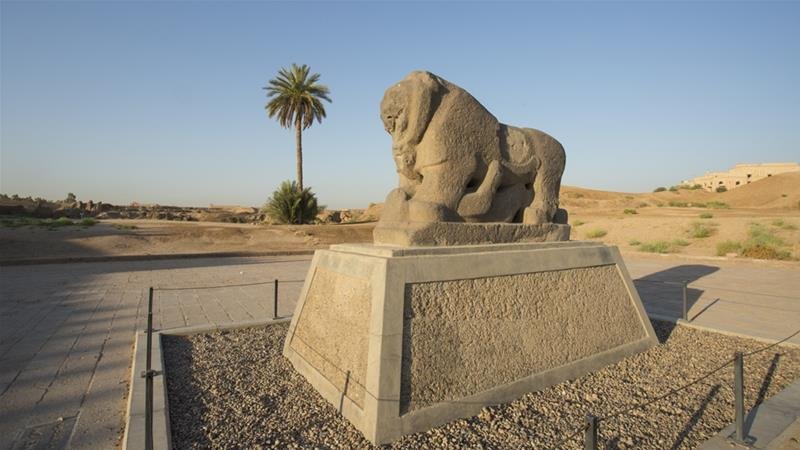 Babylon is one of 7,000 archaeological sites across Iraq, many of which were destroyed by the Islamic State of Iraq and the Levant group (ISIS or ISIL) or ravaged by lucrative artefact smuggling.Several Iraqi antiquities were also looted after the US invasion in 2003, and according to a report by the British Museum, the invasion caused widespread damage and severe contamination to the remains of the ancient city.

Other sites in Iraq have also been listed by UNESCO, including the Erbil citadel in northern Iraq and the southern Mesopotamian marshes.After decades of back-to-back conflict, the country declared victory against ISIL in 2017 and is now basking in a period of relative calm.It has sought to attract both international investors and tourists, and hopes its prominence on UNESCO’s lists can do both.

By 4000 B.C.E, many different groups of people were working out their lives in a variety of ways. In a great arc from the eastern coast of the Mediterranean, across the Turkish plains and through the highlands of Iraq and Iran, groups of peoples had settled and were farming, tending animals, making pottery and building towns, markets and forts. In the deserts, mountains and steppes, nomadic tribesmen lived by herding animals and by hunting and raiding.

As all these populations grew, they began to compete for land, food and supplies.One of the areas that was to become most sought after was a stretch of land almost at the very centre of these various peoples. It was only about 150 miles wide and 600 miles long and extended from the foothills of northwester Iraq to the Persian Gulf. Two rivers, the Tigris and the Euphrates, drained the area and gave it its name, Mesopotamia – “the land between the rivers”.For the next 3,500 years, Mesopotamia was to witness the rise and fall of many cities and cultures.

Sumerians, Akkadians, Babylonians, Assyrians, Chaldaeans – these were only some of the people who took root and flourished in this land. Finally the Persians came and reduced Mesopotamia to a mere province but from the first unknown settlers to the mighty Nebuchadnezzar, this land gave rise to much that would affect all civilization.

The first settlers in Mesopotamia set up their villages and farmed in the upper reaches of the Tigris. These were among the earliest farming communities anywhere in the world, but they gradually declined and it was many years later before this region came to be known as Assyria.Mesopotamia’s southern region, which was later called Babylonia, was especially hot and dry and did not seem to attract early man. Between the rivers were broad plains, ideal for farming if they could be watered. Along the lower reaches and in the delta, were marshlands with fish and wild fowl and reeds that could be made into boats and huts. What was needed to develop this territory were men willing to settle and work the land.

Raise and fall of Hammurabi

Finally, out of all this turmoil, one of the Amorite kings emerged as a true ruler. He was Hammurabi of Babylon, an old Sumerian city that had never been of much importance. But when Hammurabi came to its throne about 1790 BC.E, Babylon was becoming one of the stronger cities. Hammurabi took firm control, defeated various warring groups and gradually brought the cities and lands of Sumer and Akkad into a kingdom of Babylonia.Hammurabi was more than a military chieftain. He ran a true government, undertaking everything from new canals to a revised calendar. He personally supervised the affairs of his kingdom and was constantly sending letters and documents to his officials. Nothing was too small for his attention.

If an official neglected to clear out an irrigation canal, Hammurabi ordered him to do the job and report back. If there was a charge of bribery, Hammurabi ordered an investigation and had everyone involved brought before him. Hammurabi’s great achievement was restoring law and order in the land. He was following tradition when he did this, for the settles peoples of Mesopotamia had always respected law, whether in the conduct of their business or in the worship of their gods. Justice was “the straight thing” that kept people on the right path.Hammurabi issued many laws and regulations.

They dealt with everything from prices, wages and debts to broken contracts and the conduct of lawsuits. Then, when his reign was drawing to an end, he decided that the laws needed improving. Some had to be completely revised; others needed to be explained. With the inspiration from Shamash, god of the sun and of justice, he drew up the new laws. He had them engraved on stone and sent them forth throughout the kingdom.

“Hammurabi the reverent god-fearing prince”, began the inscription, was called by the gods “to make justice appear in the land, to destroy the evil and wicked that the strong might not oppress the weak”.

The laws that followed dealt with many matters: the administration of justice, property, marriage, assault, agriculture, wages and slaves. Many of them were based on the ancient idea of “an eye for an eye” – that is, a man who had put out someone’s eye would be punished by having his own eye put out. “If a man accuses another man of murder and it proves to be false, the accuser shall be put to death,” said one of Hammurabi’s laws. Another said, “if a builder makes a house for a man and the house falls down and causes the death of the owner, the builder shall be put to death”. It was harsh justice but atleast the laws were written down for all men to appeal to and behind them was the power of the king of Babylon. 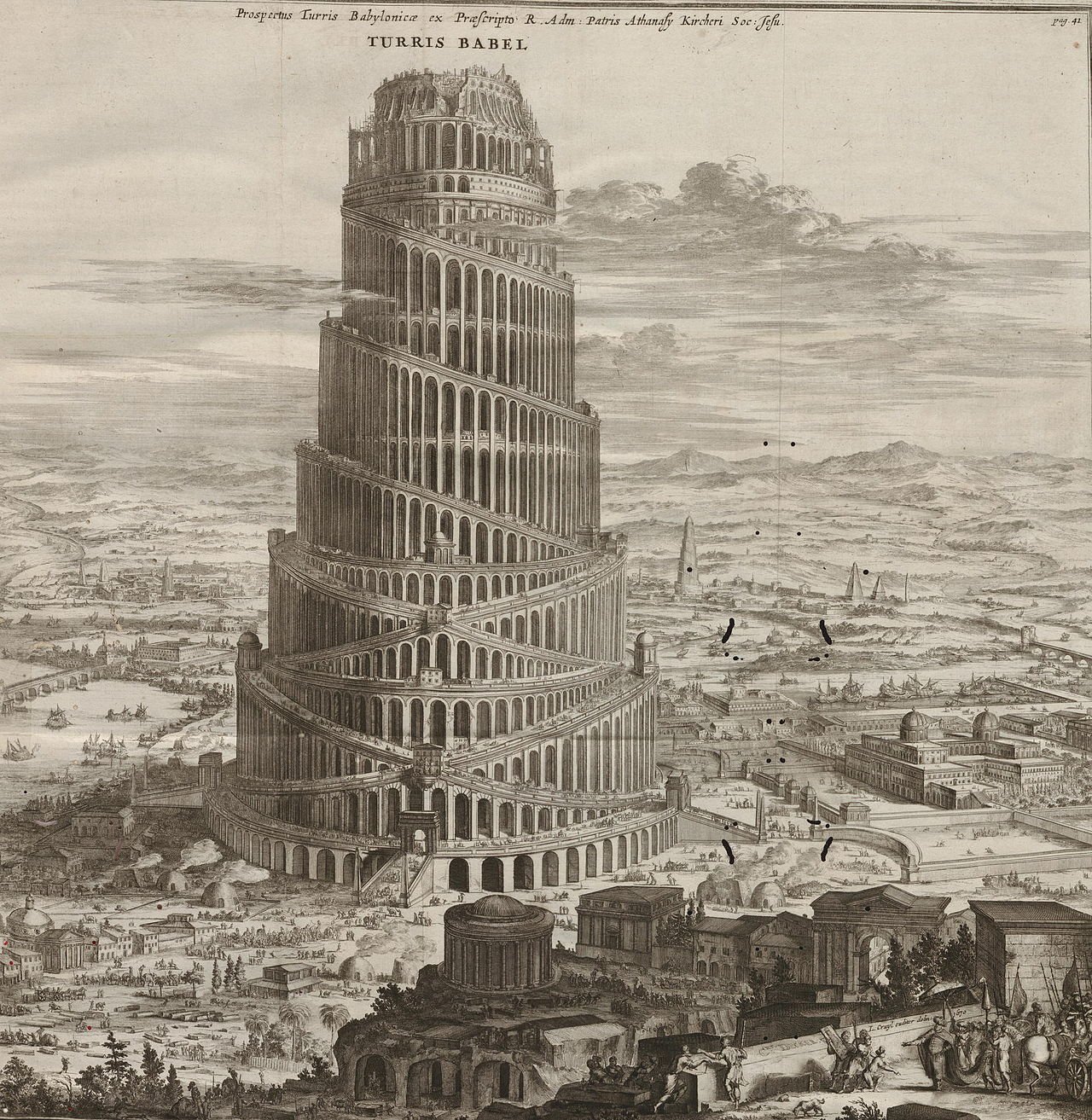 When Hammurabi died, he was succeeded by his son, but the dynasty soon ended. Kassites tribesman from the Zagros Mountains to the east, began to raid Babylonia and in time they captured the cities of Ur and Uruk. The people in the southern marshes known as the “sea lands” revolted and set up their own kingdom. Then out of the north came a new brand of marauders, the Hittities. 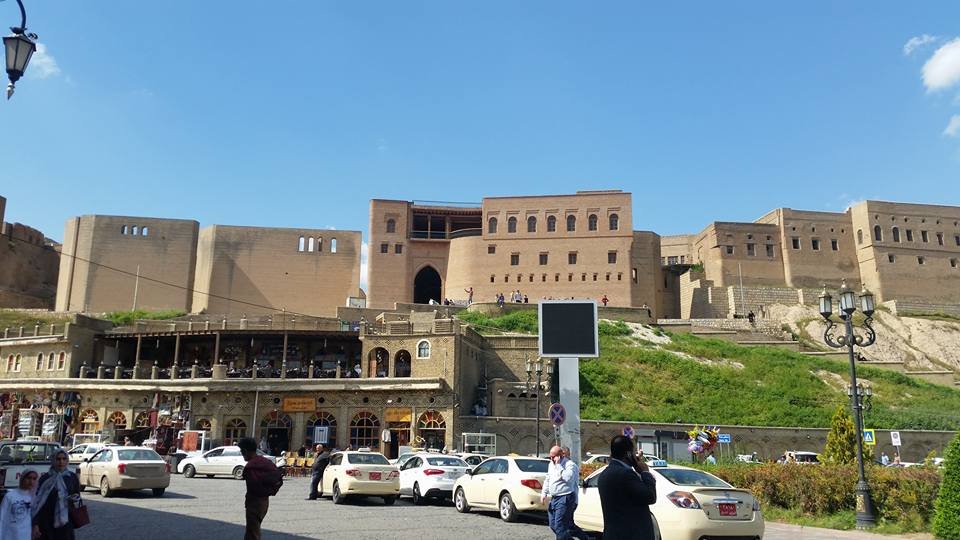 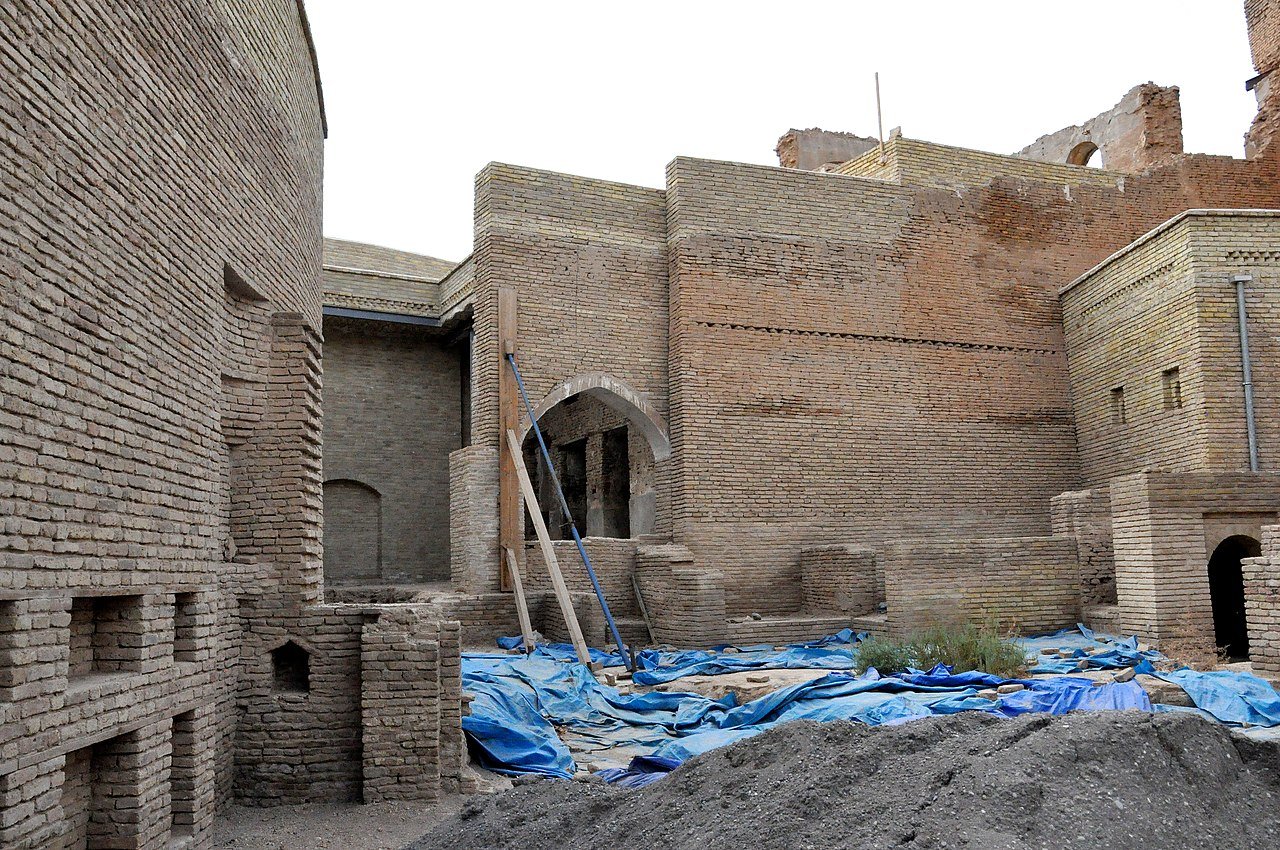 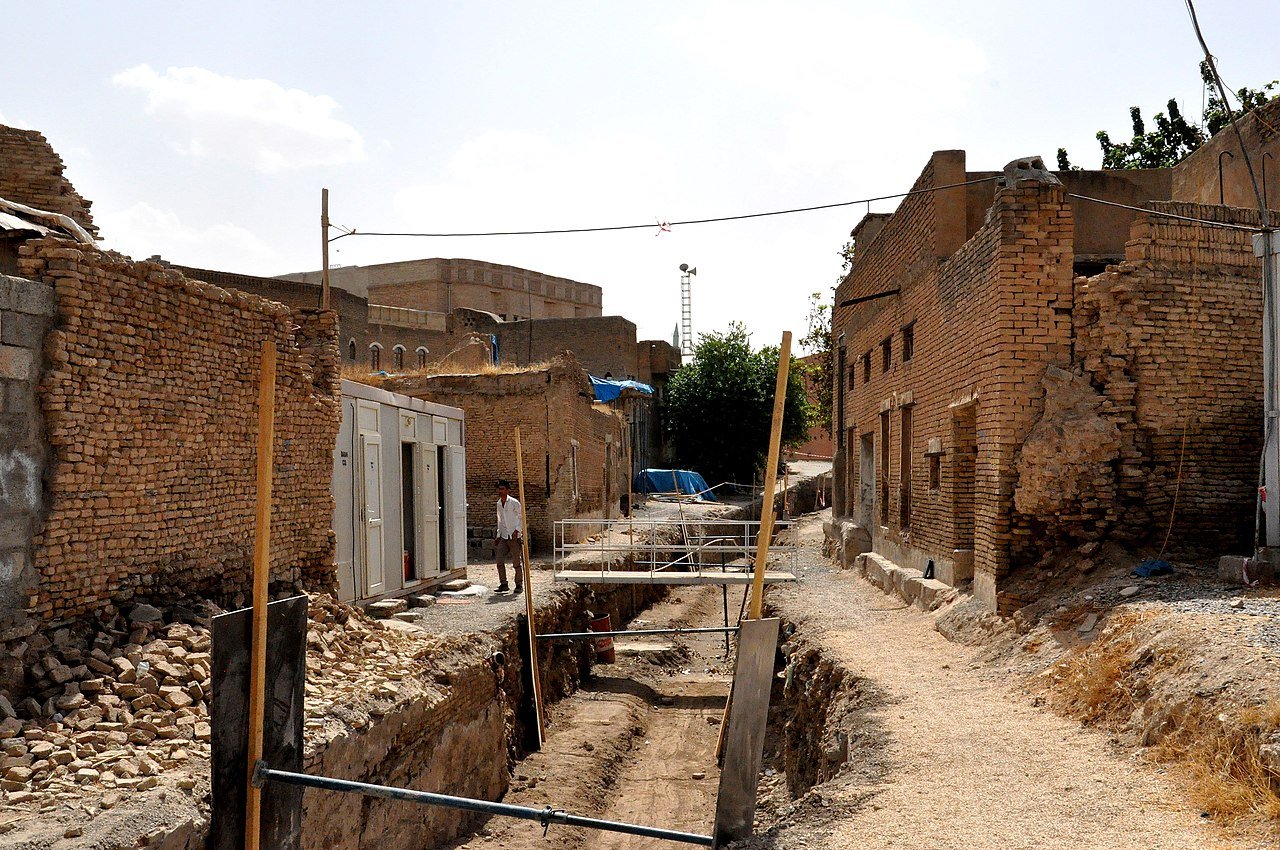 They took Babylon, plundered and burnt it and then withdrew, but the damage was done. The irrigation systems, writing, the ziggurats, the laws – such things survived for centuries, but the first great age of Mesopotamia was at an end.