Archaeologists in Gujarat, India have discovered a massive burial site around 360 kilometers from Dholavira in the Kutch district which they believe dates back to the Harappan Civilization.

According to a Times of India report, the burial site has over 250 graves and 26 of them have already been excavated. The site, which is 300m x 300m in size, also had a human skeleton, estimated to be around 5,000 years old.

Harappan civilization experts and archaeologist said the burial site is rectangular in shape and estimated to be 4600-5200 years old.

All the burial sites found in Gujarat till date are either circular or semi-circular. We are trying to establish the significance of this rectangular shape,” Suresh Bhandari, head of Department of Archeology, Kutch University, told the newspaper.

“The skeleton has been taken to Kerala University for determining its age, possible reason for death and knowing its gender,” Bhandari added.

Kutch University and Kerala University performed the excavation in a joint effort near Khatia village of Lakhpat taluka.

Faculty members of both the universities said the rectangular burial site had sound wall rocks in the east-west direction and the biggest grave is around 6.6 meters wide. 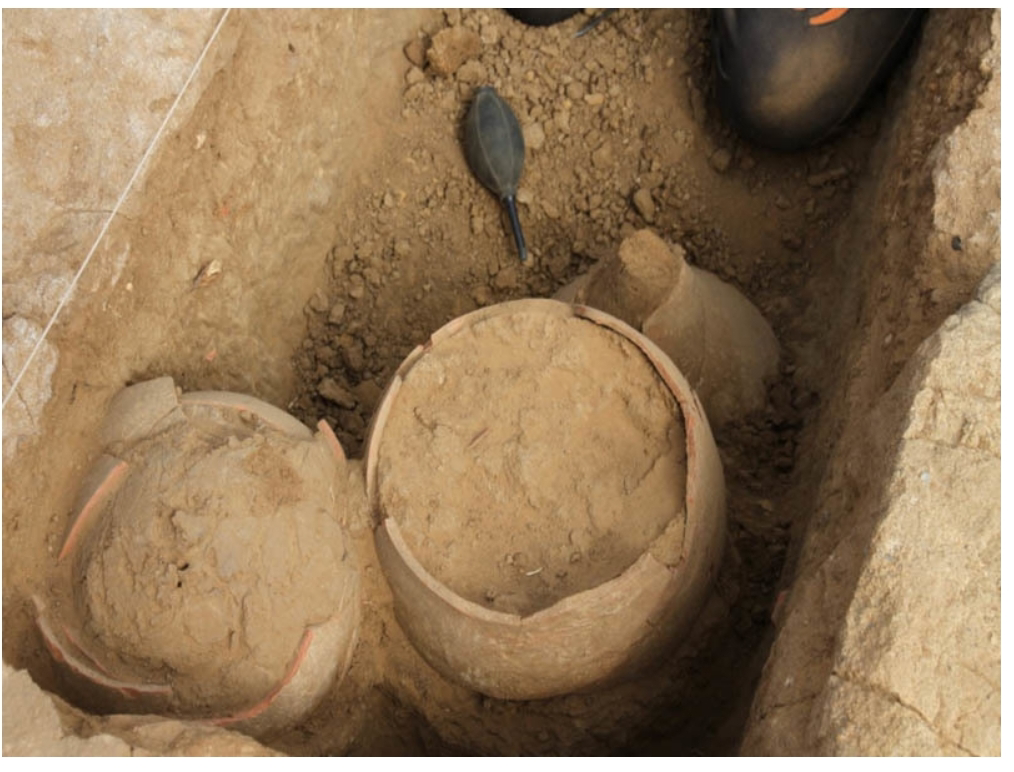 The artifacts will now be studied by experts to find out the rituals and social deeds that existed in the Harappan culture.

“Studies of the potteries, as well as rock blocks, will enhance our knowledge about the different techniques employed and the raw material used to make them,” said Bhandari. 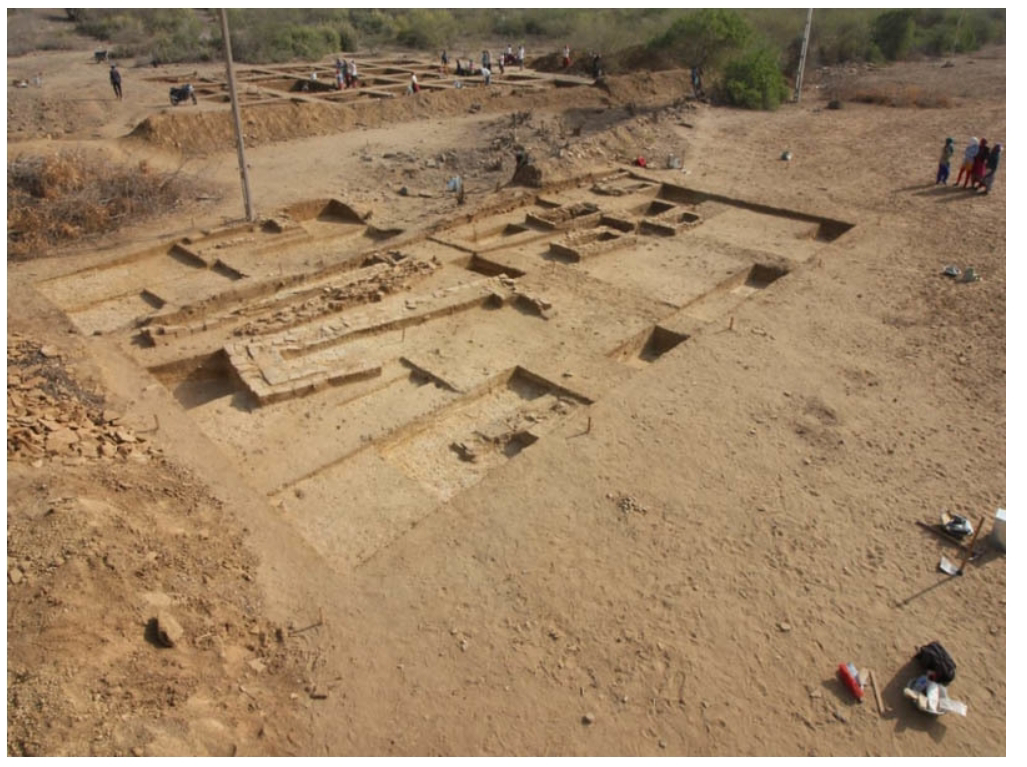 Grinding stones, blades made of rock with sharp edges, bangles were also found from this site. They also found pottery vessels near the grave. 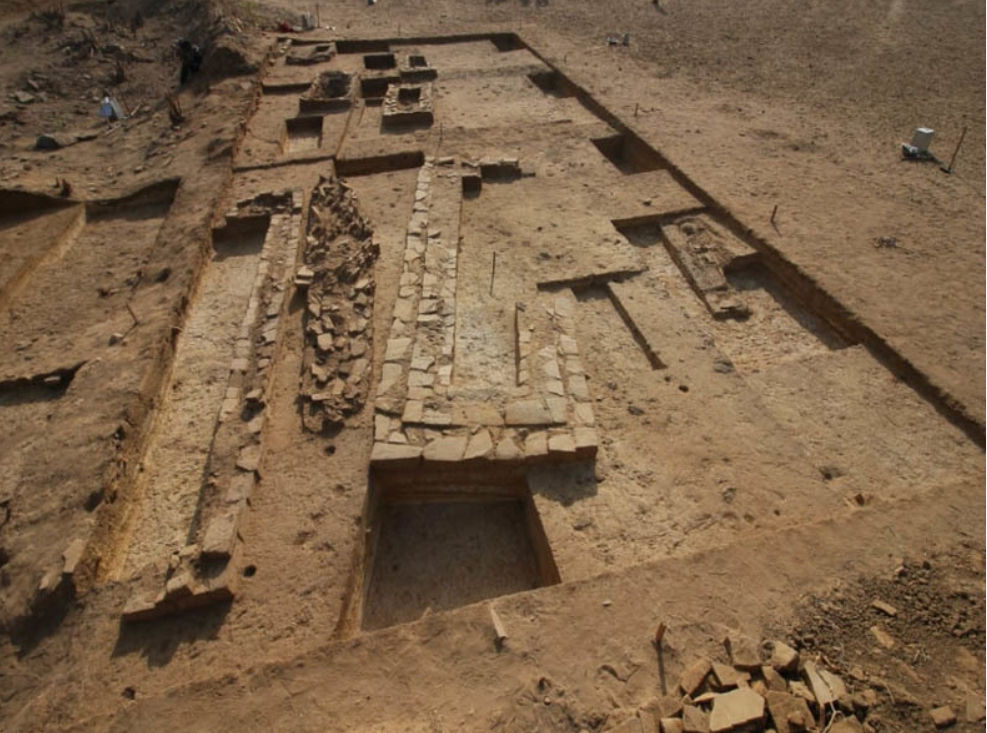 All the material that has been found here will be sent in different laboratories across the country to find out more about the history and culture of the people living during the Harappan period.

Lending credence to the trade network that could have existed during the early phase of the Harappan civilisation from 3300 BCE to 2600 BCE, the researchers claimed that the mud pots bore similarities with those that were unearthed from other Harappan sites in Kot Diji, Amri and Nal in Pakistan, Nagwada, Santhali, Moti Pipli and Ranod in North Gujarat, and Surkotada and Dhaneti in Kutch.