The ancient towers of Ghazni have stood through centuries of war and upheaval — until last month.

An ancient tower in the Afghan city of Ghazni has collapsed, raising questions over the government’s ability to protect the country’s artefacts. 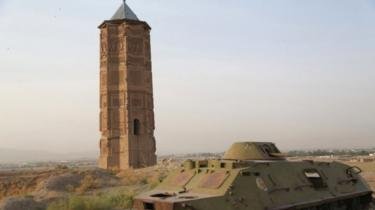 Footage uploaded to social media shows a fort in the old city crumbling.

The tower was one of dozens already destroyed in the city. Officials blamed heavy rain, but some critics accuse the government of negligence.

Ghazni’s Islamic and pre-Islamic architecture is widely admired although war has taken its toll. 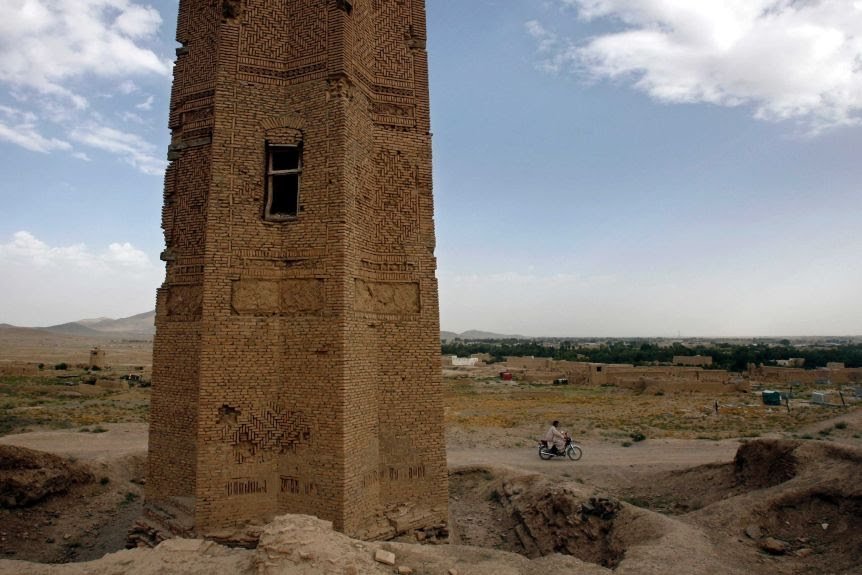 Mohammad Saber Mohmand, a spokesman for the ministry of information and culture, told Tolo News the fort was “vulnerable to rainfall and mostly damaged by rain”.

“The main highway is located near the fort, which affects the towers,” he added. As reported by BBC.

Mahbubullah Rahmani, acting director of culture and information in Ghazni, said heavy rain and recent fighting had contributed to the tower’s collapse but said the government was working on a plan to protect the site from complete destruction. 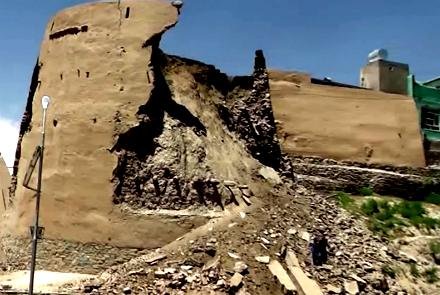 He said a German archaeologist had worked at the site as recently as 2013.

Ghazni was a thriving Buddhist centre up until the 7th Century. But in 683 AD, Arab armies brought Islam to the region. In the 13th Century it was destroyed by the Mongol armies of Genghis Khan, led by his son Ogedei Khan.

In video posted to social media, dust is seen billowing from beneath the tower in the ancient fort, before the structure starts to crumble, sending bystanders fleeing.

The old citadel known as Ghaznain Fort originally had 36 towers, but 14 of the towers had collapsed in recent years due to decades of war, heavy rain and neglect.

The fort is one of dozens of unique historic sites in Afghanistan — ranging from the pre-Islamic Buddhist center in the Bamyan valley to the 12th-century minaret of Jam in a remote area of Ghor province — in urgent need of protection.

Officials in Ghazni, which nearly fell to the Taliban last year in some of the heaviest fighting seen in the war, said the tower collapsed on Tuesday following heavy rain. A short video posted on social media shows it crumbling but local residents say negligence also contributed to its collapse.

The province and its cultural heritage was officially declared as Asian Capital of Islamic Culture in 2013 by the Islamic Educational, Scientific and Cultural Organization, a Morocco-based body created in 1981, supported by UNESCO.

The collapse of the tower in Ghazni follows concern over the condition of the 900-year-old Minaret of Jam, in Ghor, which has been on the UNESCO List of World Heritage Properties in Danger since 2002.

The Taliban during their austere regime from 1996-2001, before they were toppled by the U.S. and coalition force in late 2001, blew up two giant Buddha statues in central Bamiyan province, calling them idols.

The ancient city has been designated an Asian city of Islamic Culture by the Organisation of Islamic Co-operation.

However, many of the city’s ancient buildings have been difficult for outsiders to visit due to the Taliban insurgency.