Astronomers have taken the first ever image of a black hole, which is located in a distant galaxy.

It measures 40 billion km across – three million times the size of the Earth – and has been described by scientists as “a monster”.

The black hole is 500 million trillion km away and was photographed by a network of eight telescopes across the world.

Details have been published today in Astrophysical Journal Letters.

Prof Heino Falcke, of Radboud University in the Netherlands, who proposed the experiment, told BBC News that the black hole was found in a galaxy called M87.

“What we see is larger than the size of our entire Solar System,” he said.

“It has a mass 6.5 billion times that of the Sun. And it is one of the heaviest black holes that we think exists. It is an absolute monster, the heavyweight champion of black holes in the Universe.”

The image shows an intensely bright “ring of fire”, as Prof Falcke describes it, surrounding a perfectly circular dark hole. The bright halo is caused by superheated gas falling into the hole. The light is brighter than all the billions of other stars in the galaxy combined – which is why it can be seen at such distance from Earth.

The edge of the dark circle at the centre is the point at which the gas enters the black hole, which is an object that has such a large gravitational pull, not even light can escape.

The image matches what theoretical physicists and indeed, Hollywood directors, imagined black holes would look like, according to Dr Ziri Younsi, of University College London – who is part of the collaboration.

“Although they are relatively simple objects, black holes raise some of the most complex questions about the nature of space and time, and ultimately of our existence,” he said.

“It is remarkable that the image we observe is so similar to that which we obtain from our theoretical calculations. So far, it looks like Einstein is correct once again.”

But having the first image will enable researchers to learn more about these mysterious objects. They will be keen to look out for ways in which the black hole departs from what’s expected in physics. No one really knows how the bright ring around the hole created. Even more intriguing is the question of what happens when an object falls into a black hole.

What is a black hole?

A black hole is a region of space from which nothing, not even light, can escape its gravity

Despite the name, they are not empty but instead consist of a huge amount of matter packed densely into a small area

There is a region of space beyond the black hole called the event horizon. This is a “point of no return”, beyond which it is impossible to escape the gravitational effects of the black hole

Prof Falcke had the idea for the project when he was a PhD student in 1993. At the time, no one thought it was possible. But he was the first to realise that a certain type of radio emission would be generated close to and all around the black hole, which would be powerful enough to be detected by telescopes on Earth.

He also recalled reading a scientific paper from 1973 that suggested that because of their enormous gravity, black holes appear 2.5 times larger than they actually are.

These two previously unknown factors suddenly made the seemingly impossible, possible. After arguing his case for 20 years, Prof Falcke persuaded the European Research Council to fund the project. The National Science Foundation and agencies in East Asia then joined in to bankroll the project to the tune of more than £40m.

It is an investment that has been vindicated with the publication of the image. Prof Falcke told me that he felt that “it’s mission accomplished”.

How was it captured?

To capture this, the EHT Team used a process called Interferometry which links radio telescopes.

He said: “It has been a long journey, but this is what I wanted to see with my own eyes. I wanted to know is this real?”

No single telescope is powerful enough to image the black hole. So, in the biggest experiment of its kind, Prof Sheperd Doeleman of the Harvard-Smithsonian Centre for Astrophysics, is director of a project that set up a network of eight linked telescopes. Together, they form the Event Horizon Telescope and can be thought of as a planet-sized array of dishes.

Each is located high up at a variety of exotic sites, including on volcanoes in Hawaii and Mexico, mountains in Arizona and the Spanish Sierra Nevada, in the Atacama Desert of Chile, and in Antarctica.

A team of 200 scientists pointed the networked telescopes towards M87 and scanned its heart over a period of 10 days. 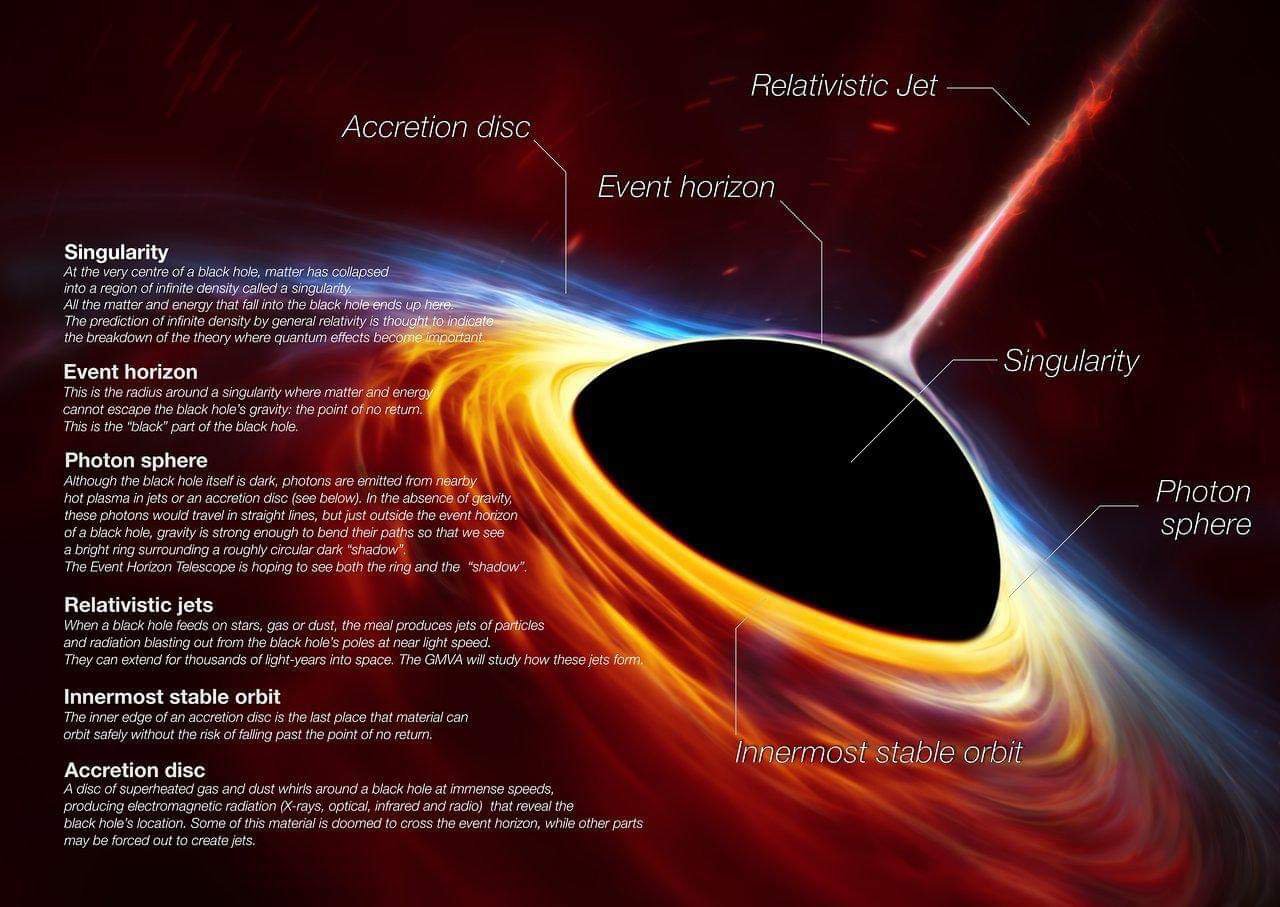 The information they gathered was too much to be sent across the internet. Instead, the data was stored on hundreds of hard drives which were flown to a central processing centres in Boston, US, and Bonn, Germany, to assemble the information. Prof Doeleman described the achievement as “an extraordinary scientific feat”.

“We have achieved something presumed to be impossible just a generation ago,” he said.

“Breakthroughs in technology, connections between the world’s best radio observatories, and innovative algorithms all came together to open an entirely new window on black holes.” As reported by BBC.

At the center of the Messier 87 galaxy

The team is also imaging the supermassive black hole at the centre of our own galaxy, the Milky Way.

How far is it?

Odd though it may sound, that is harder than getting an image from a distant galaxy, more than five light-years away. This is because, for some unknown reason, the “ring of fire” around the black hole at the heart of the Milky Way is smaller and dimmer.