‘Dhuni Sadhana’, one of the most incredible practices followed by some sects of Vaishnava Sadhus (Saints) 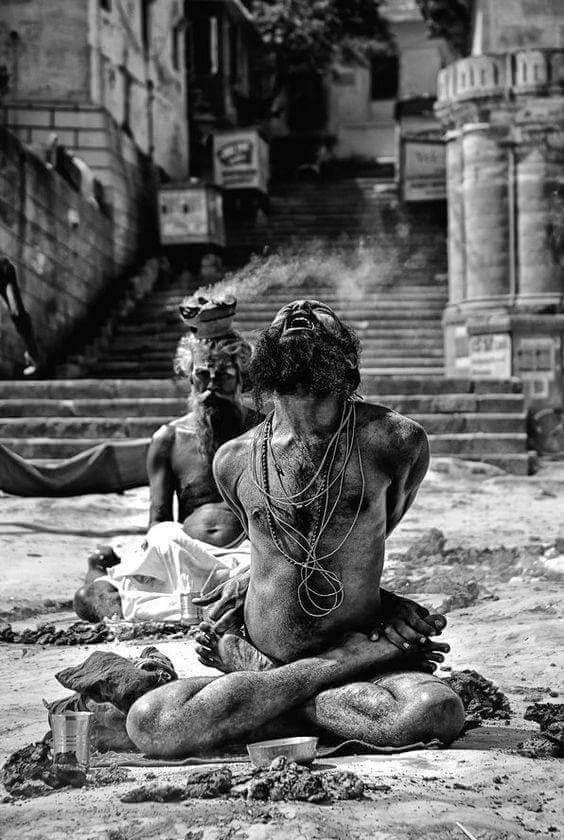 They chant and meditate with dried ‘gobar’ cakes burning around them in a circle for several hours every day in the sun, for four months a year (spring and summer), for three years in every phase.

In both the fifth and sixth phases, the cakes are placed very close to each other. The word ‘kot’ (कोट) is from Sanskrit कोटि which means “a crore” and also “uncountably many”, here used in the latter sense. In the sixth phase, the sadhu places burning ‘gobar’ cakes in an clay vessel which is placed on the head, in addition to the circle of burning cakes. The word ‘khappar’ (खप्पर) is from Sanskrit कर्पर which means “a pot or bowl” and also “the head”. 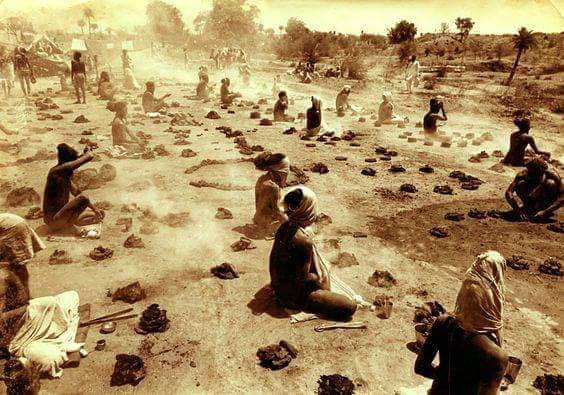 The ‘dhuni sadhana’ is a very difficult penance where the sadhu experiences lot of heat and smoke under the scorching sun. Many sadhu-s do this 18-year-long penance even today. 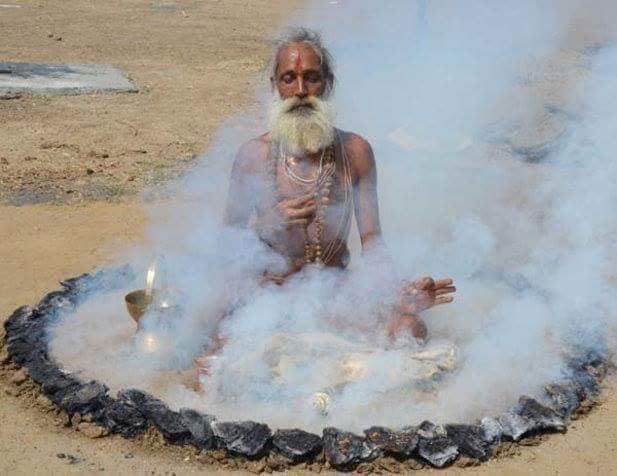