Ongoing excavations at 4,000-year-old burial sites at Sanauli in Uttar Pradesh’s Baghpat continue to enthrall archeologists as for the first time the Archaeological Survey of India (ASI) has unearthed underground “sacred chambers”, decorated “legged coffins” and fascinating artifacts in what is being claimed to be a first in the Indian subcontinent.

In the recent excavation resumed by the Archaeological Survey of India at Sanauli, district Baghpat, Uttar Pradesh, two decorated ‘legged coffins’ with two skeletons were discovered along with other fascinating artifacts. 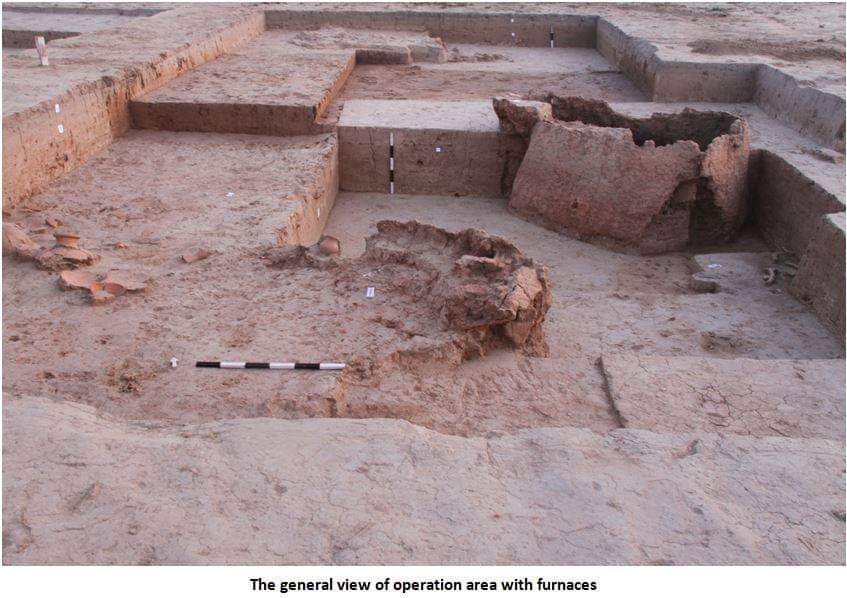 In continuation of the work conducted in 2018 the present excavation is carried out under the direction of Dr. S.K. Manjul, Director, Institute of Archaeology, ASI, to understand the extension of burial site and also habitation area in relation with earlier findings. 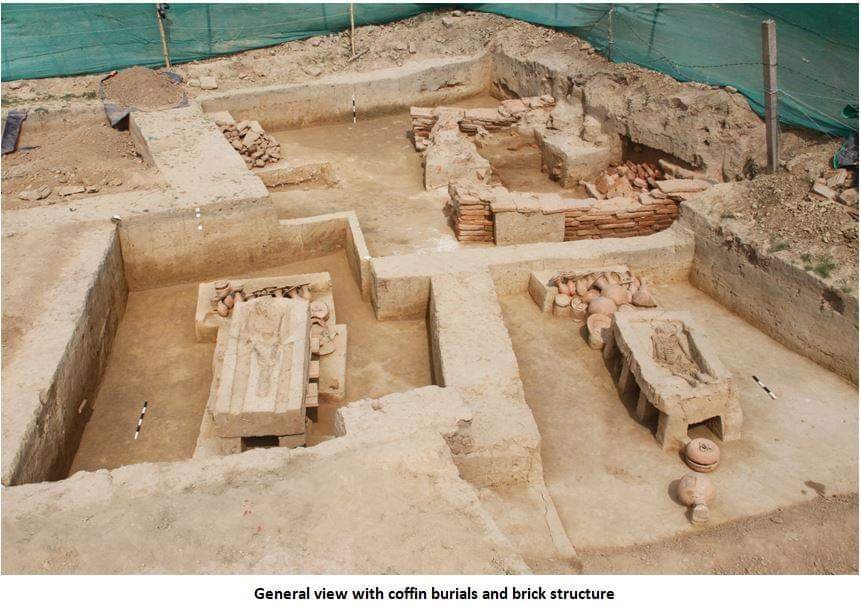 Sanauli is located on the left bank of River Yamuna, 68 km north-east of Delhi which brought to light the largest necropolis of late Harappan period datable to around early part of second millennium BCE.

The excavation is being carried out at two different areas, the first in the area in continuation of 2018 excavation and the second in the area 200 m east of the former. 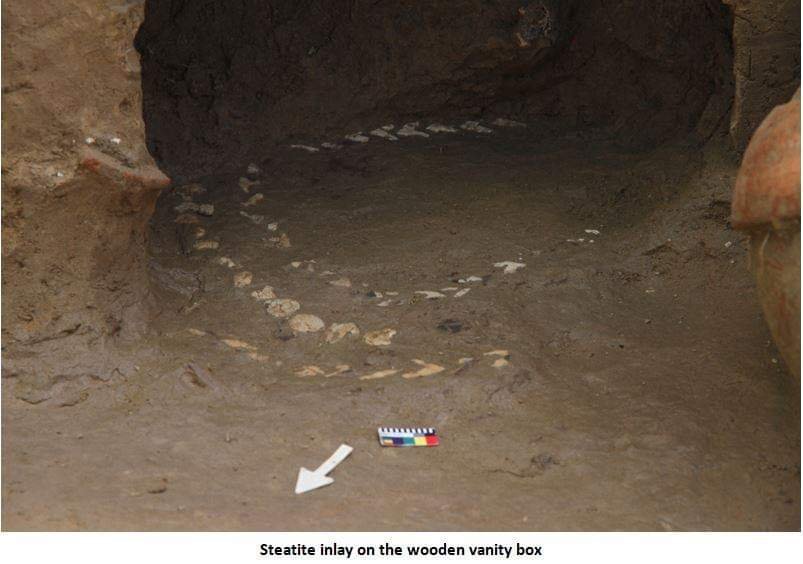 In the first area, two burial pits and a sacred chamber of burnt brick were discovered along with burial goods. In burial pit no. 9 one wooden ‘legged coffin’ decorated with steatite inlays having extended skeleton of a female oriented North-South, tilted 10 ˚west is excavated. 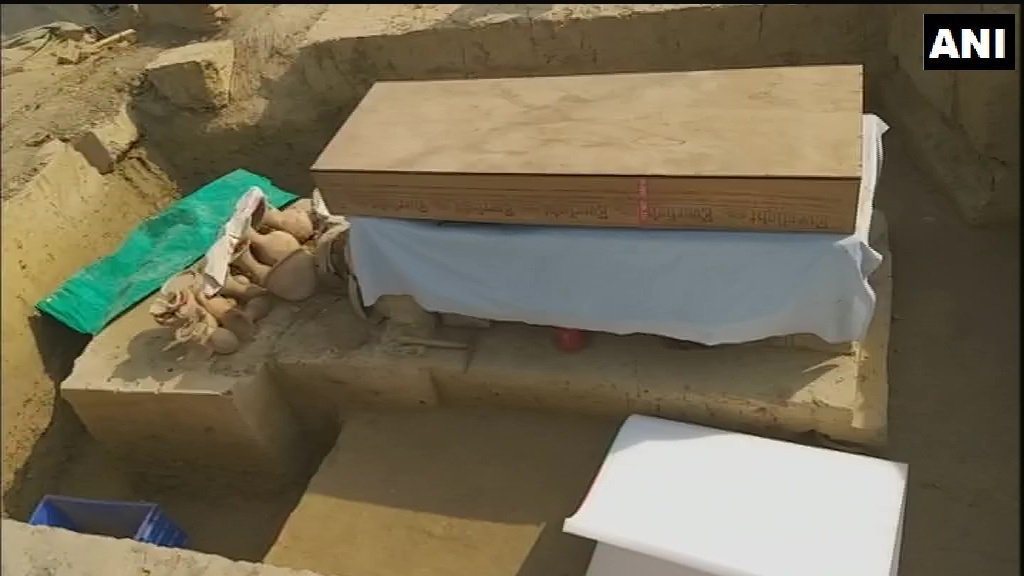 This burial pit contains evidence of decomposed bow, bone points, armlet of semiprecious stones, gold bead and pottery including vases, jars, bowls and dish on stand systematically arranged towards north and eastern sides of the coffin. An interesting find from this burial pit is the antenna sword placed near the head. 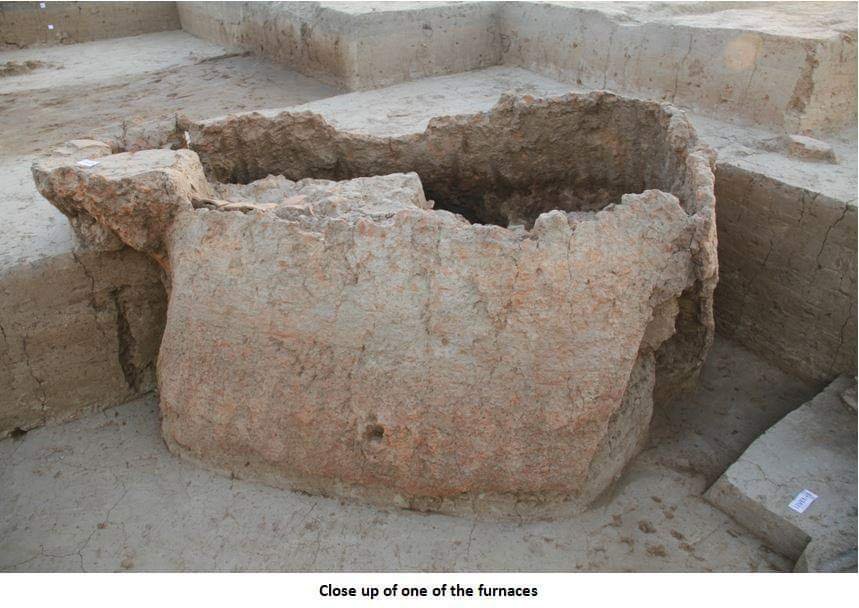 The pelvis of the skeleton is sinking in the middle indicating the process of decomposition of wooden base of the coffin, a similar feature also seen in the burial pit no.10. 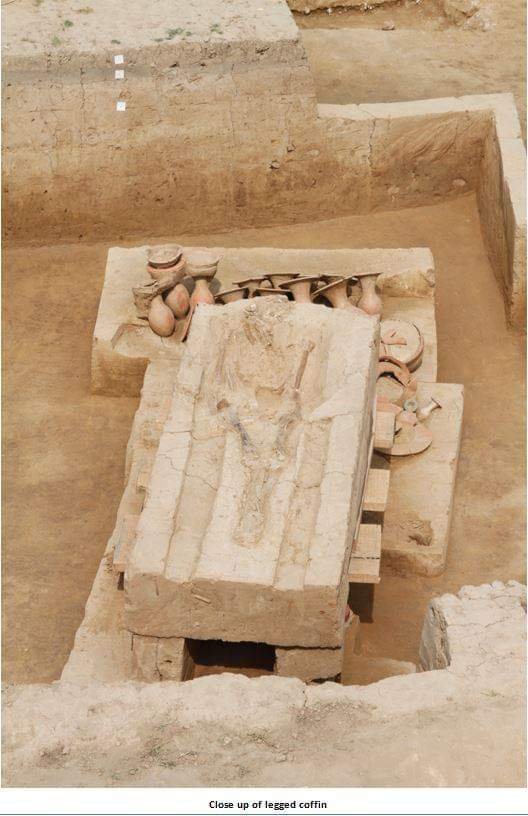 In burial pit no.10 includes extended female skeleton in disturbed condition. The burial goods include copper mirror, hairpin, channel, beads and pottery. Interestingly steatite inlays forming a figure of eight which is probably the lid of a Vanity Box found between two legs of the coffin in north. The coffin is also decorated with steatite inlays similar to coffin in burial no.9. Two big pots are placed under the coffin which could have contained food and other organic remains associated with the rituals. 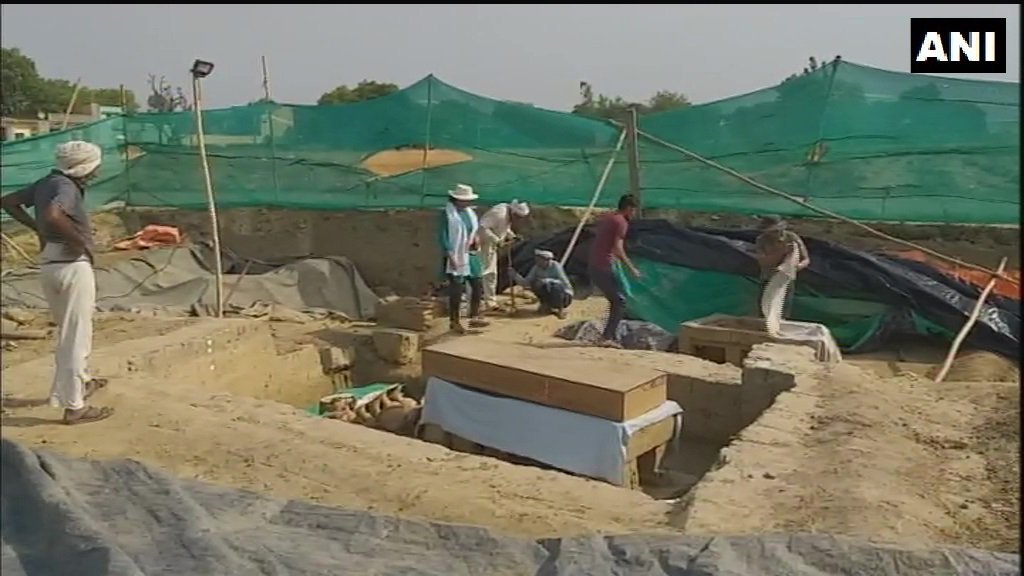 Another important feature to the north of two coffin burials is a sacred chamber of burnt bricks. The structure has eight courses of bricks on three sides with a probable entrance towards the south. Pottery fragments, brick bats and bones are recovered inside the structure.

The excavation in the second area, unearthed the remains of four furnaces with three associated working levels. The furnaces yielded slags, potsherds, and few charred bones. Stone weights, stone anvils, animal figurines, gamesmen, etc are part of the antiquities recovered from this area. Storage jars and cluster of pottery dump are common feature of the topmost working level. The overall ceramic assemblage has late Harappan characters. 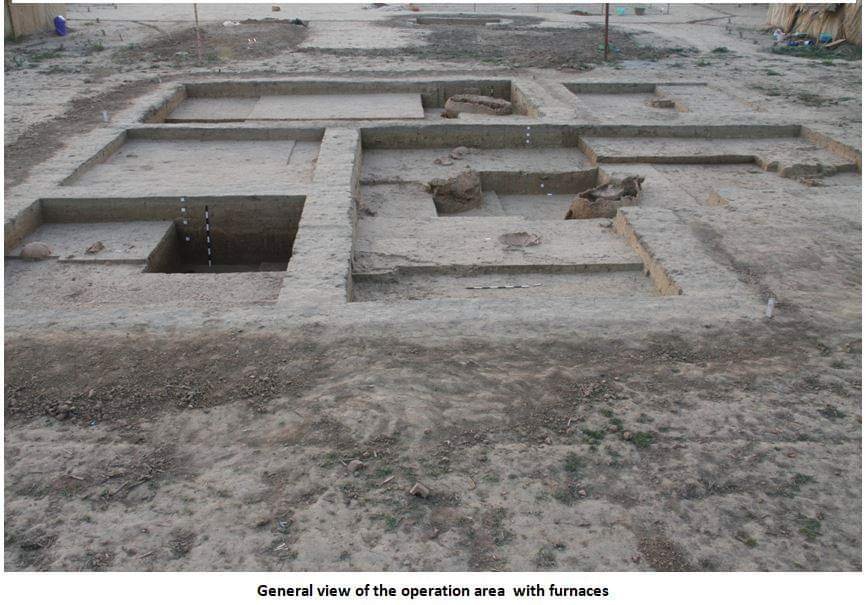 Furnaces have narrow top and broad base with air ducts and mouth to regulate temperature. The nature of these furnaces suggests their long term usage.

The discovery of furnaces from the site indicates towards habitation activity of the period associated with the necropolis. The nature of burial pottery, coffins, antiquities such as antenna sword, pottery, etc. suggest a complex of late Harappan period. Sanauli therefore is important in not only giving new evidences of copper decorated chariots and coffins, shields, halmet in Indian sub continent first time with antenna swords, dagger, etc but also in understanding of the cultural scenario of upper Ganga-Yamuna doab.

The excavation at the site is still in progress.