In a major turning point in the cultural historiography of the ancient Sangam Age, the Tamil Nadu Archaeology Department (TNAD) has stated that the cultural deposits unearthed during excavations at Keezhadi in Sivaganga district could be safely dated to a period between 6th century BCE and 1st century CE.

As per historians, the artifacts unearthed in the region have a possible link between the scripts of the Indus Valley Civilization and Tamil Brahmi (language).

Carbon dating suggests that the cultural deposits may be 300 years older than believed. 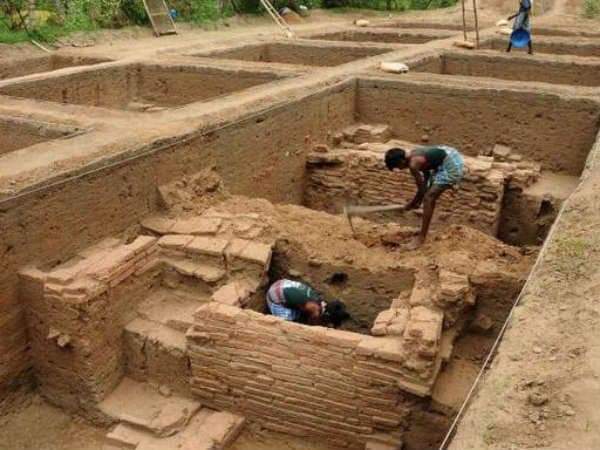 This is the first time the date has been officially announced by the Tamilnadu Archaeological Department. 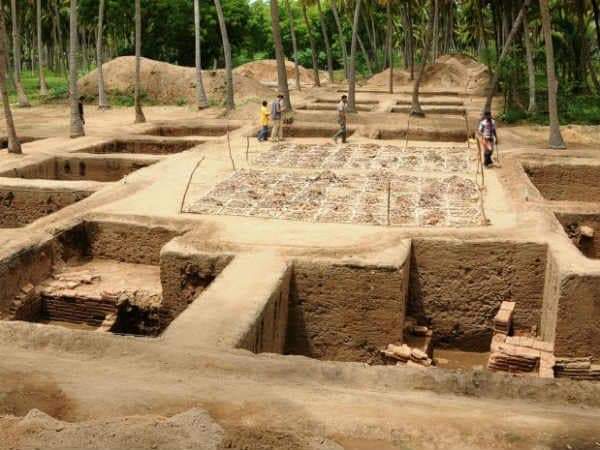 The new findings in the report, released on Thursday by Minister for Tamil Culture and Archaeology K. Pandiarajan here, place Keezhadi artefacts about 300 years earlier than previously believed — 3rd century BCE As reported by The Hindu. 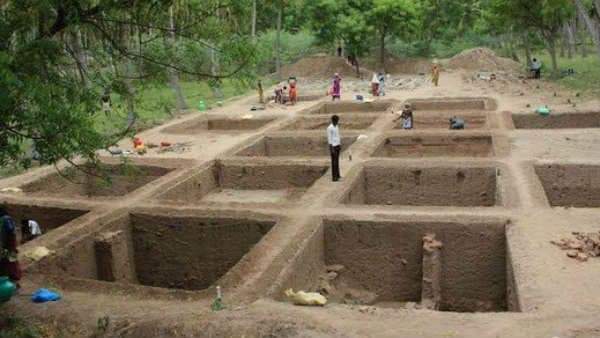 One of the six samples collected at the depth of 353 cm and sent for carbon dating test in the U.S. “goes back to 580 BCE,” Commissioner of Archaeology T. Udayachandran said. 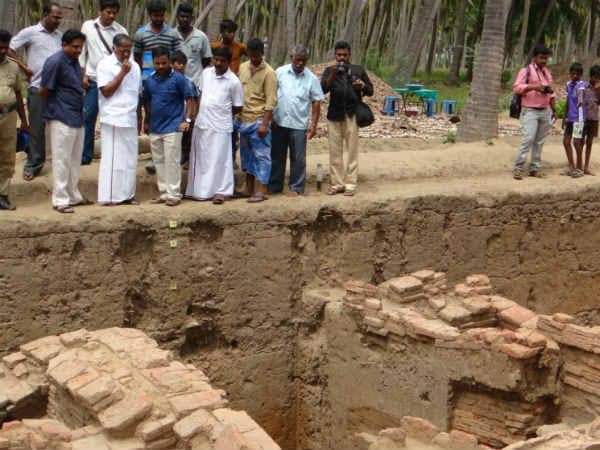 The report titled, ‘Keezhadi-An Urban Settlement of Sangam Age on the Banks of River Vaigai’, was published by the TNAD.

The results from the fourth excavations suggest that the “second urbanisation [the first being Indus] of Vaigai plains happened in Tamil Nadu around 6th century BCE as it happened in Gangetic plains.” 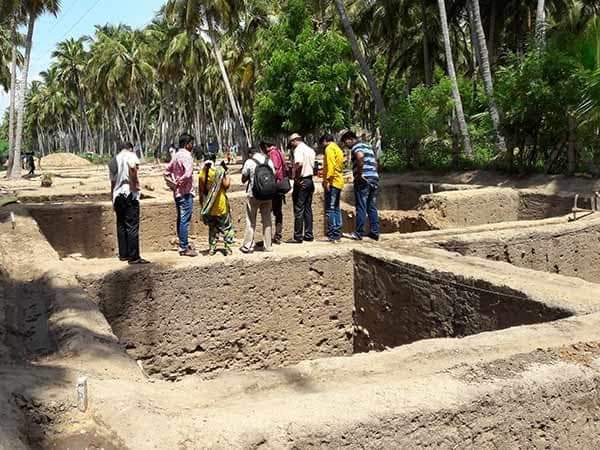 The report also spells the site as Keeladi as against the erstwhile widely used Keezhadi. 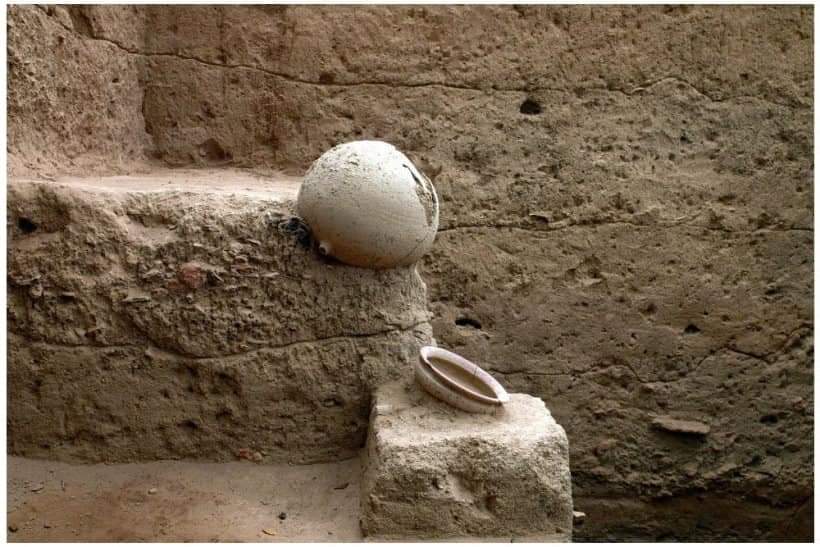 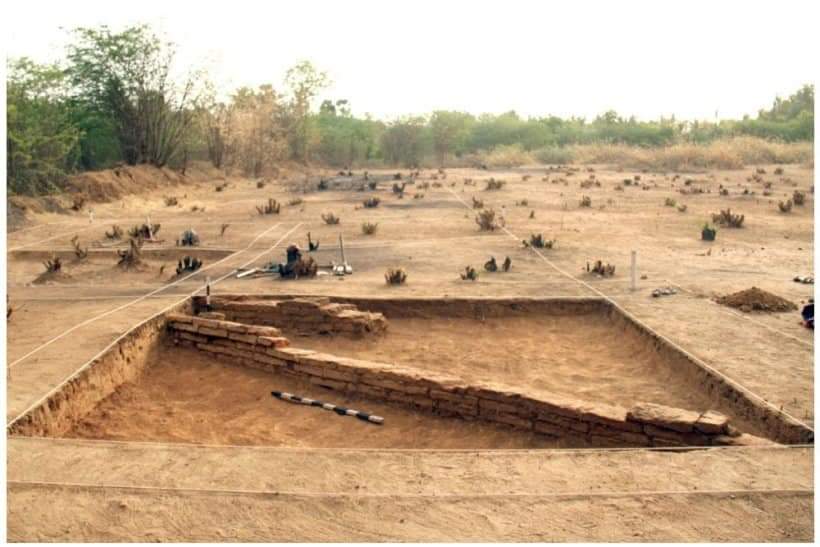 “This finding suggests that the society in Keezhadi had used animals predominantly for agricultural purposes,” Mr. Udhayachandran said as reported by The Hindu.

Fifty-six Tamil-Brahmi inscribed potsherds were recovered from the site of excavation conducted by the TNAD alone, the report stated. 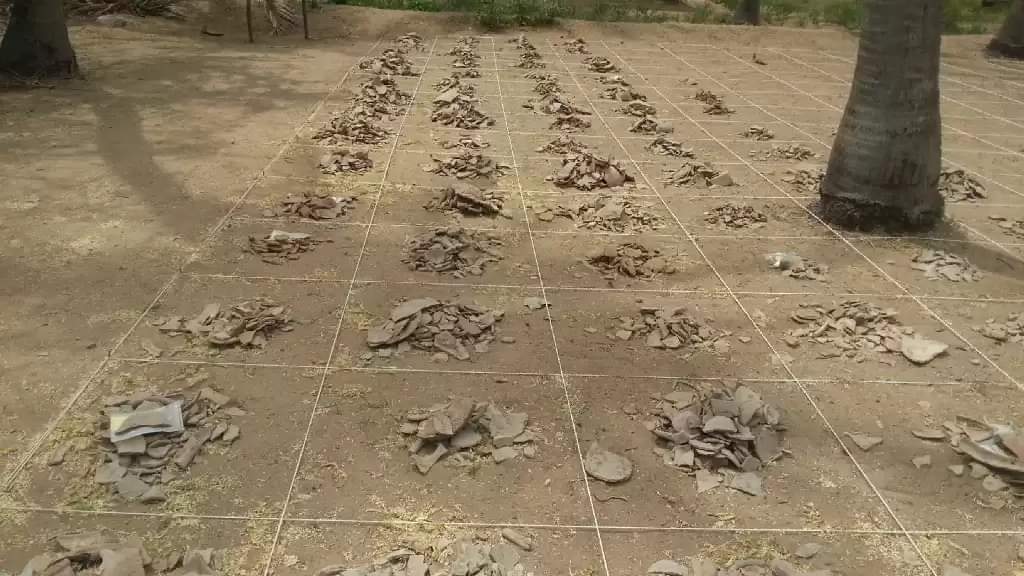 Pottery specimens from Keezhadi sent to the Earth Science Department of Pisa University, Italy, through Vellore Institute of Technology for mineral analysis, confirmed that water containers and cooking vessels were shaped out of locally available raw materials. 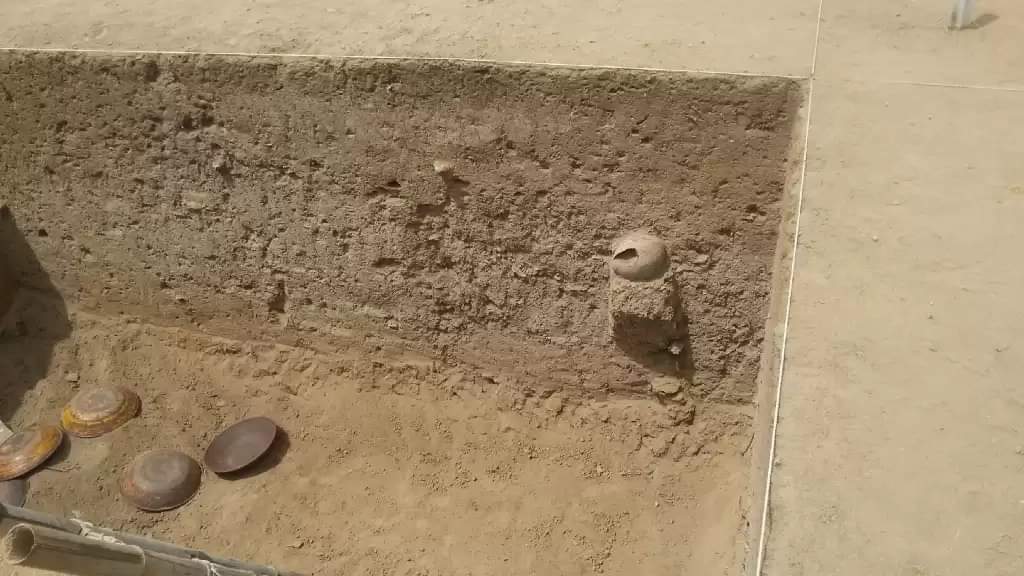 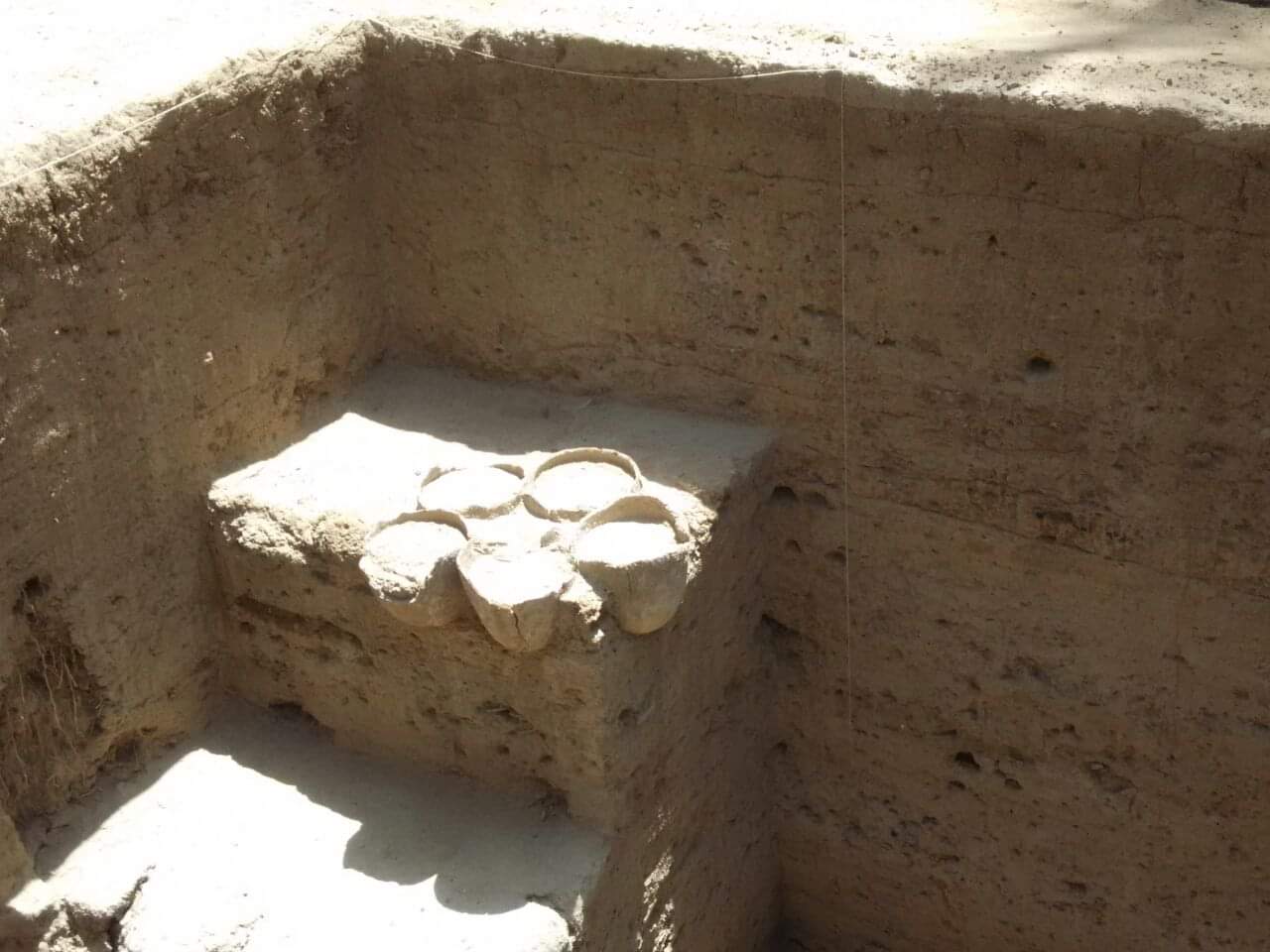 “These results clearly ascertained that they attained literacy or learned the art of writing as early as 6th century BCE,” the 61-page report stated. 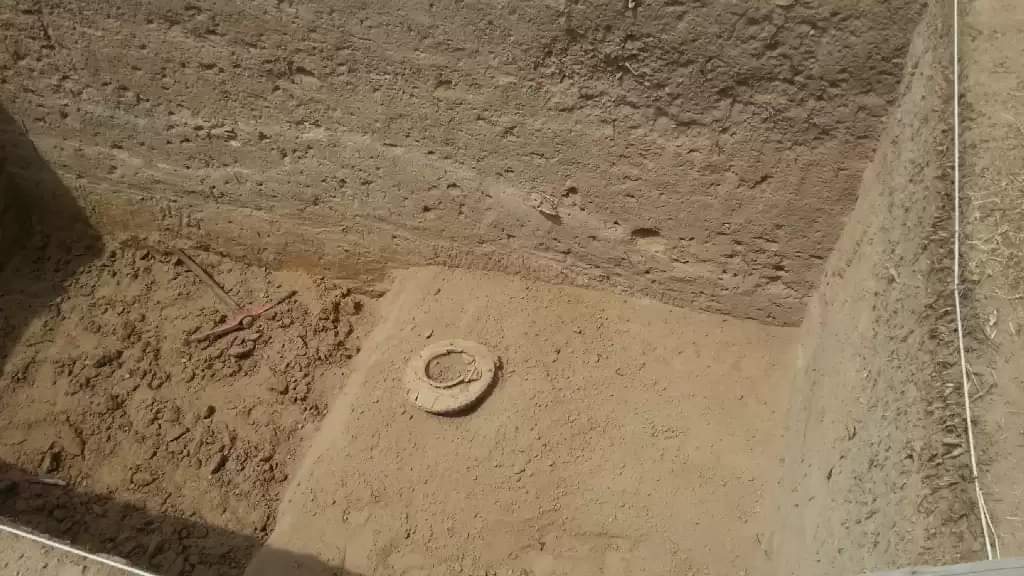 As the excavation was carried out in Keezhadi village of Sivagangai district in Tamil Nadu where archaeologists have made some major discoveries which will add to the Indian history pages. 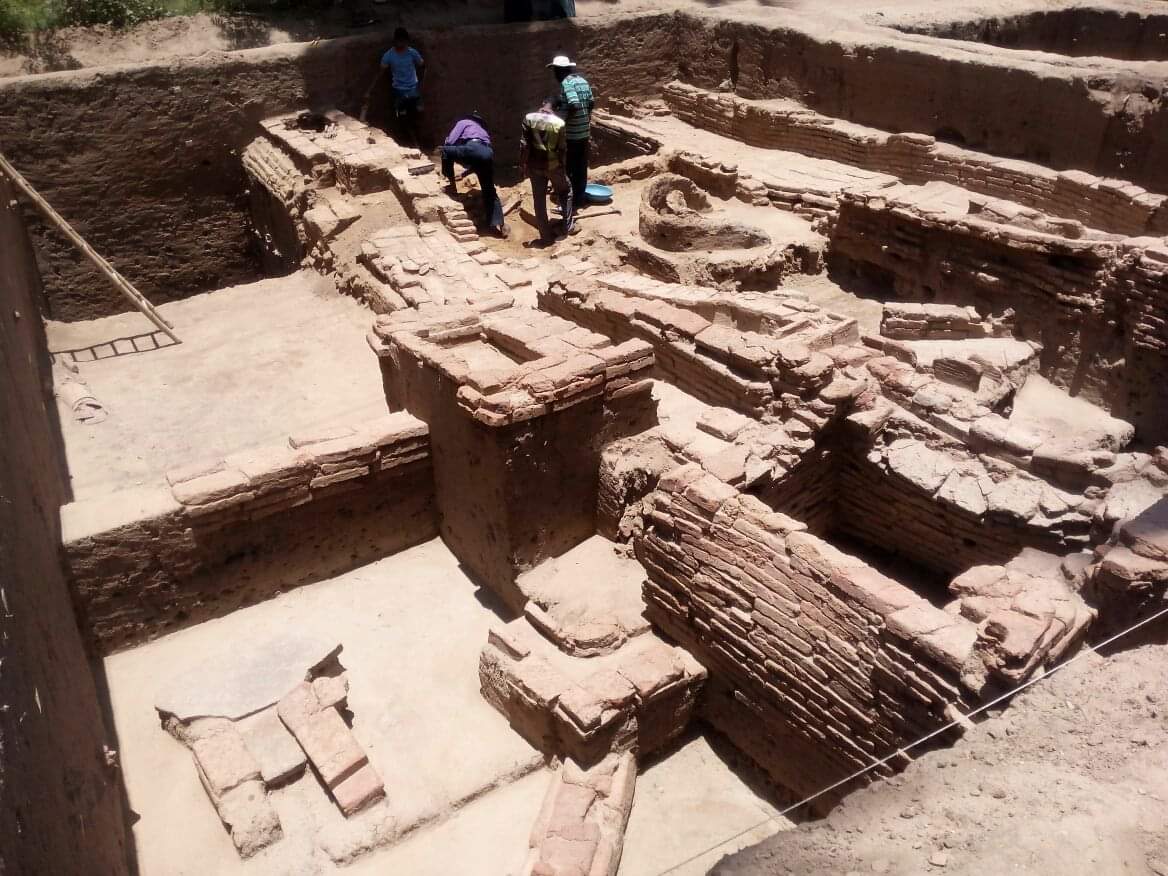 As per historians, the artefacts unearthed in the region have a possible link between the scripts of the Indus Valley Civilization and Tamil Brahmi (language). 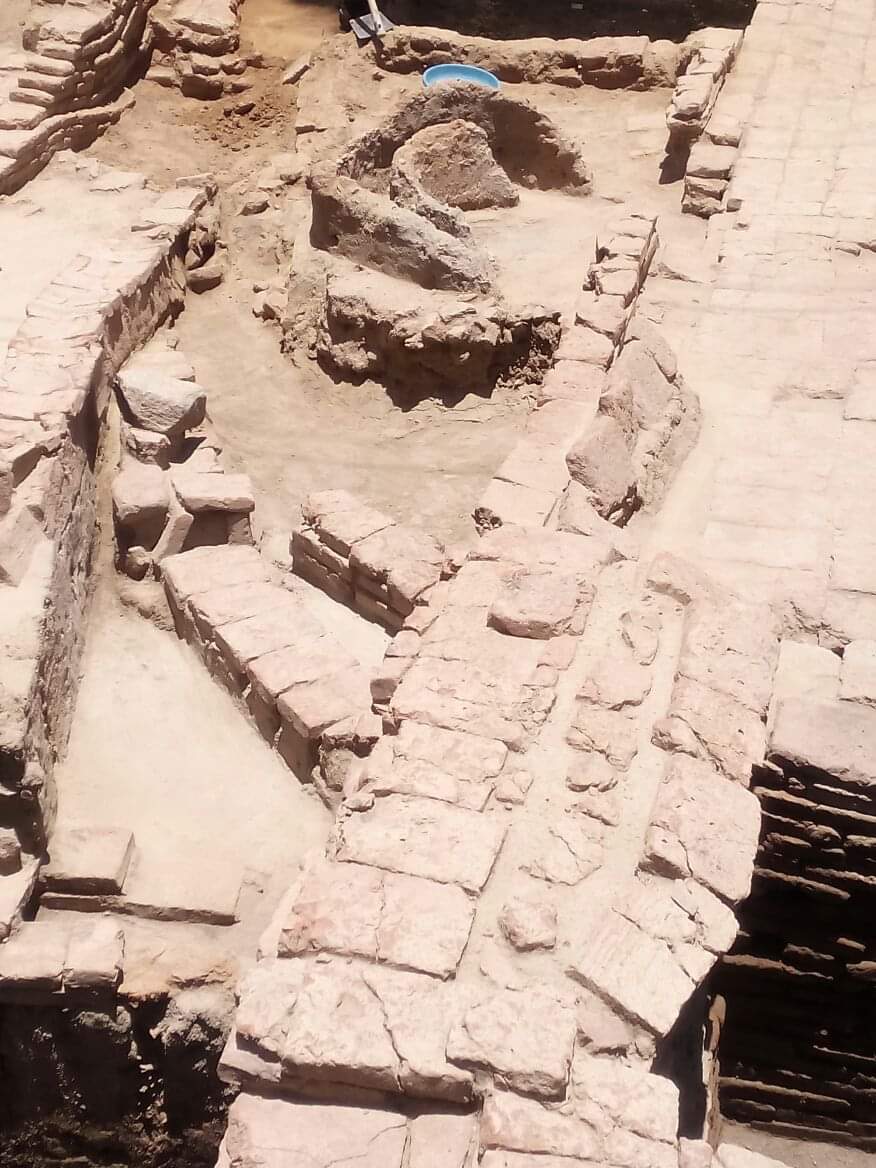 The Indus Valley Civilization in India happened between 5,000 BCE and 1,500 BCE in north-western part of the country. The civilization crumpled in 1500 BCE and it is believed that people might have moved to the south of India. The script used by the Indus Valley people is known as the Indus script, and historians speculate that the language could be Dravidian. Now, the recent discovery at Keezhadi shows that there is a possibility that these two cultures are connected. 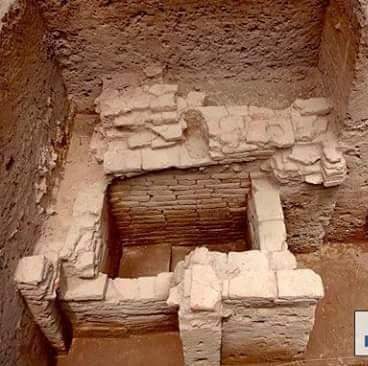 The discovered samples displaying graffiti belong to 580 BCE, which is believed to be the link between the Indus script and the Tamil Brahmi.

According to the Tamil Nadu Archaeological Department (TNAD) report known as Keezhadi-An Urban Settlement of Sangam Age on the Banks of River Vaigai, the cultural findings belong sometime between the 6th century BCE and the 1st century CE. The artefacts could belongs as far back as 580 BCE, as per report. 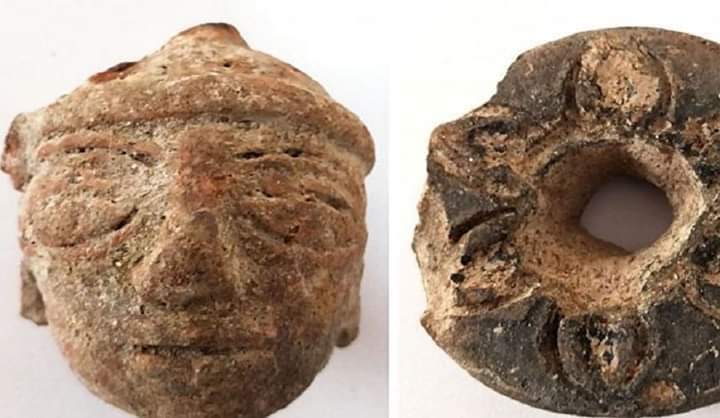 The Roman artifacts found at the excavation site, in October 2018 add to the evidence of ancient trade relations between the Romans and the Pandya kingdom.

Source:  Indian Media, The Hindu, The Times of India, One India Tamil , The New Indian Express and some regional Tamil Media Houses.