The image was taken at a gorilla orphanage in Virunga National Park, DR Congo, where the animals were raised after poachers killed their parents.

The park’s deputy director told that they had learned to imitate their carers, who have looked after them since they were found as reported by BBC Newsday. 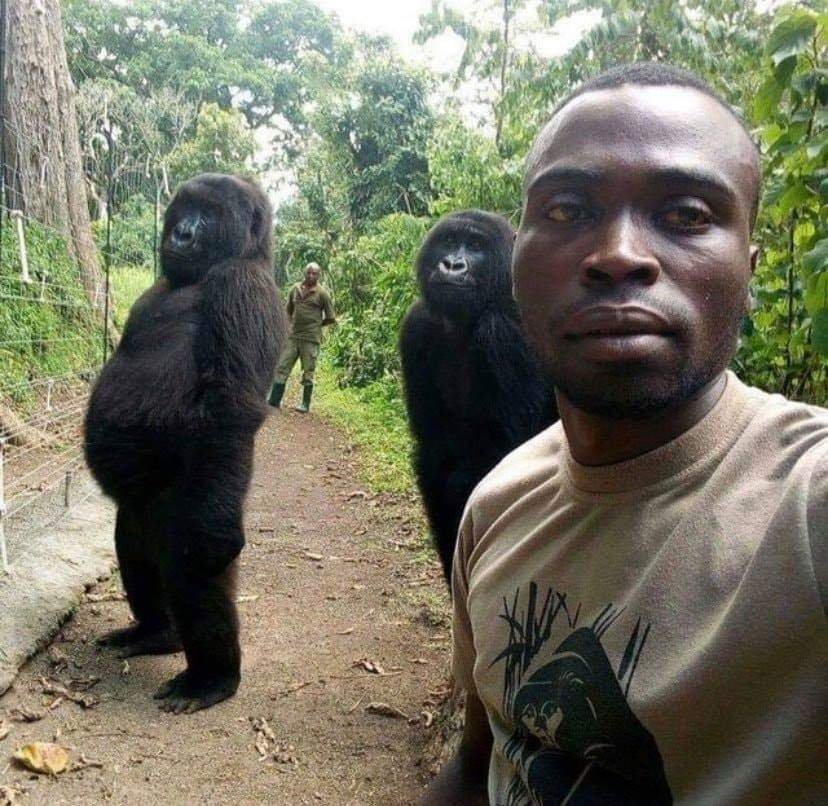 The gorillas, he added, think of the rangers as their parents.

Innocent Mburanumwe, deputy director of Virunga said the gorillas’ mothers were both killed in July 2007 as reported by the BBC 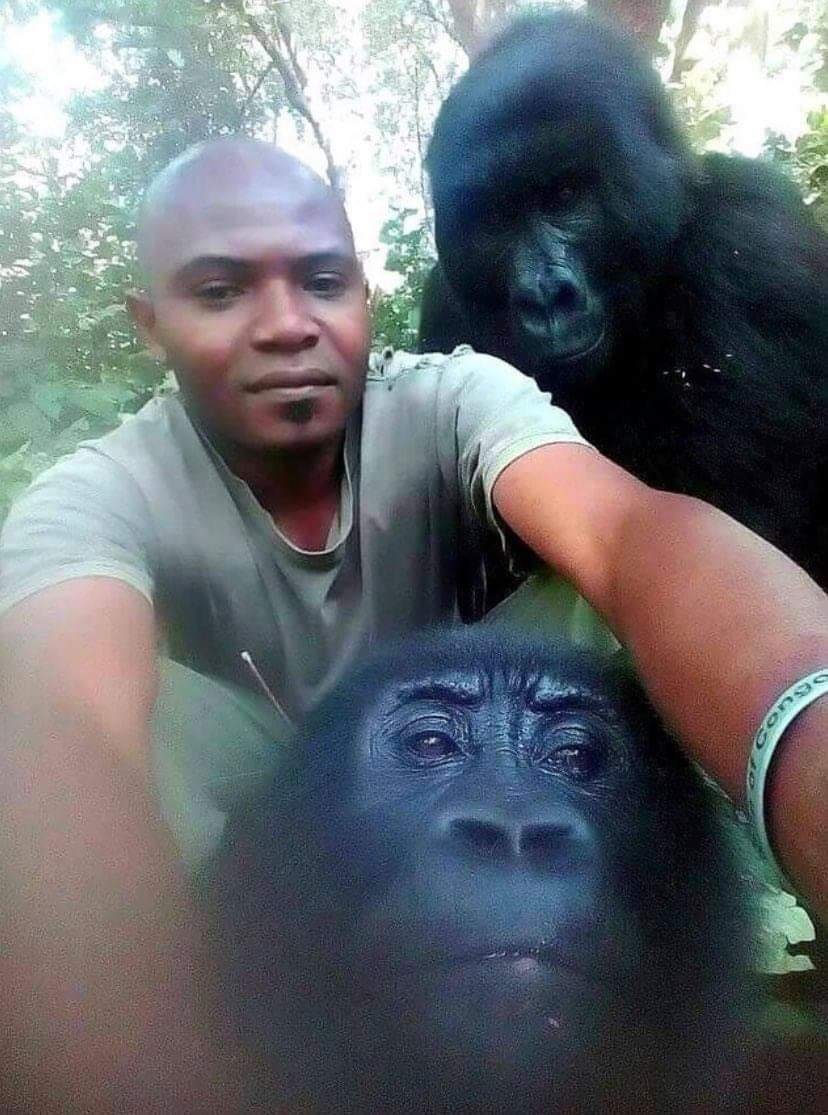 The gorillas were just two and four months old at the time.

Shortly afterwards, they were found and taken to Senkwekwe Sanctuary in Virunga, where they have lived ever since. 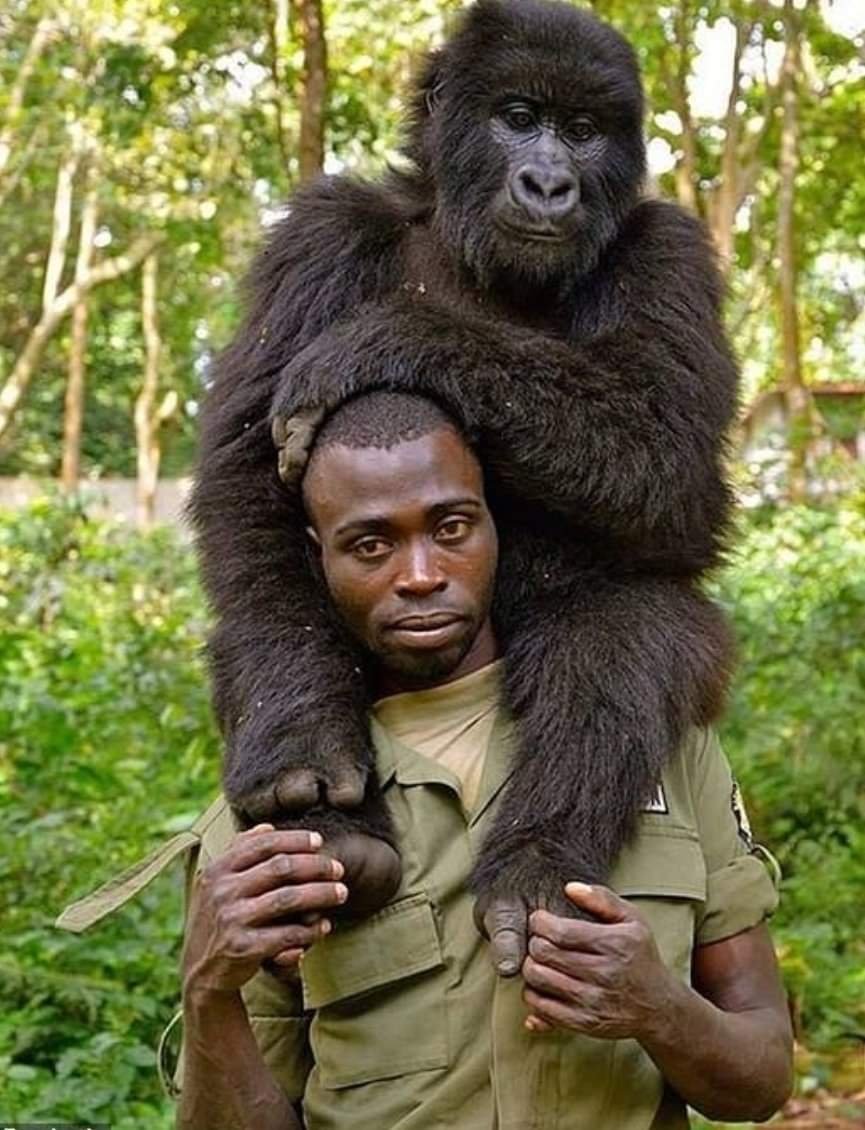 Because they’ve grown up with the rangers who rescued them, Mr Mburanumwe added, “they are imitating the humans” – and standing on two legs is their way of “learning to be human beings”.

But it “doesn’t happen normally”, he said.

“I was very surprised to see it… so it’s very funny. It’s very curious to see how a gorilla can imitate a human and stand up.”

Being a ranger, however, is not always fun – it is mainly dangerous work. 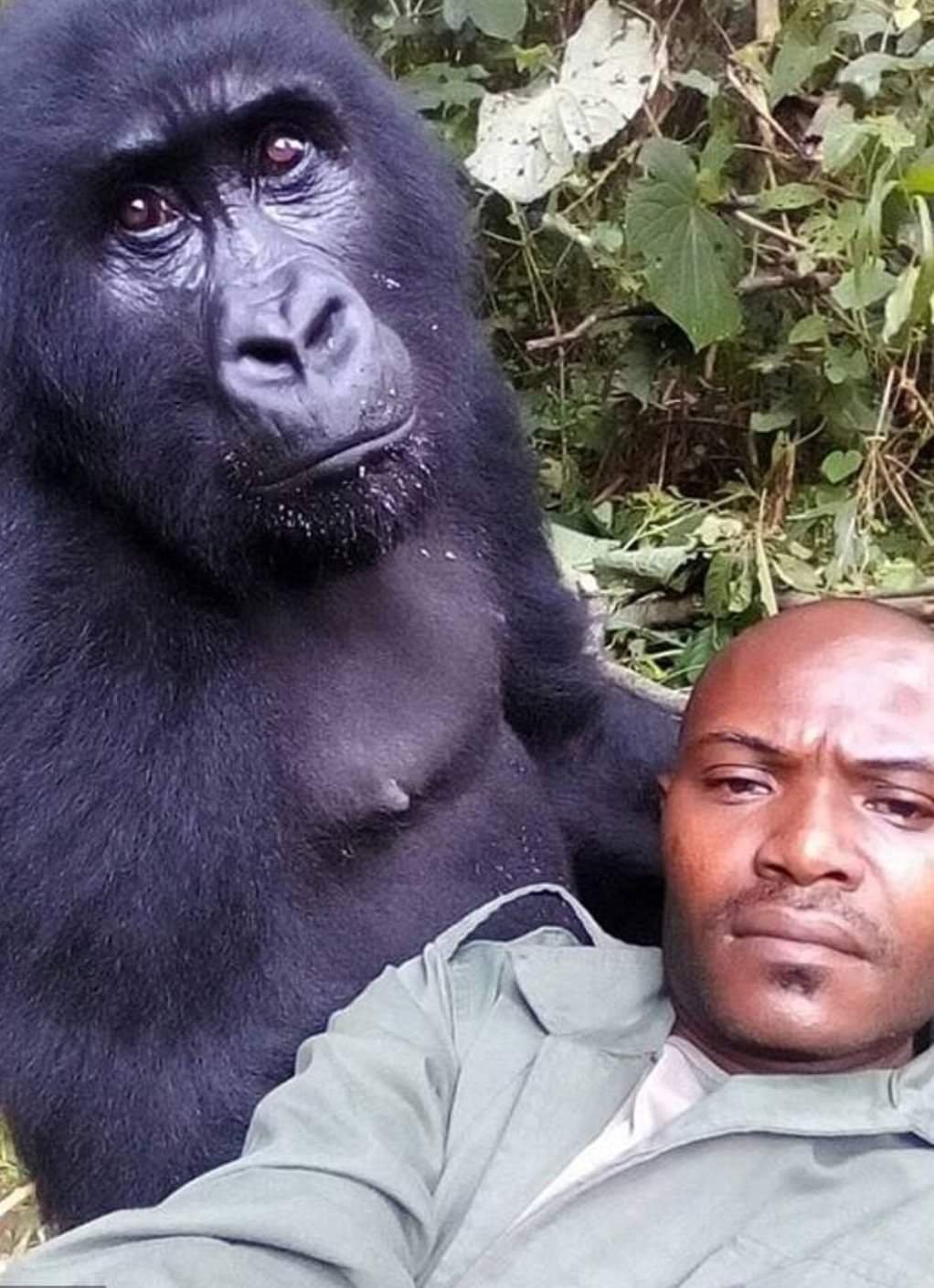 Eastern DR Congo is mired in conflict between the government and various armed groups.

Some of these armed groups are based in the park, where they often poach animals