The horrific events of 9/11 continue to shape the world we live in, even after 18 years these memories haunts many families in America and around the world.

On September 11, 1893, Vivekananda delivered his famous speech at the parliament of religions. This was the original 9/11 in America that gave a message of peace and tolerance for the world.

Eighteen years ago on this day, nearly 3,000 people were killed and more than 6,000 injured in the 9/11 terror attacks that targeted one of the most secured cities in the most powerful country — the United States of America.

The image of 9/11 as a singular event in modern world history is such that it changed the narrative and approach of world powers towards terrorism.

From being relegated as local occurrences, terrorism became a global phenomenon in the post-9/11 analysis of security and terrorism. For the sake of nuance, ‘glocal’ (something that is affected both by local and global factors) became a more oft-used term in terrorism-related discourses. 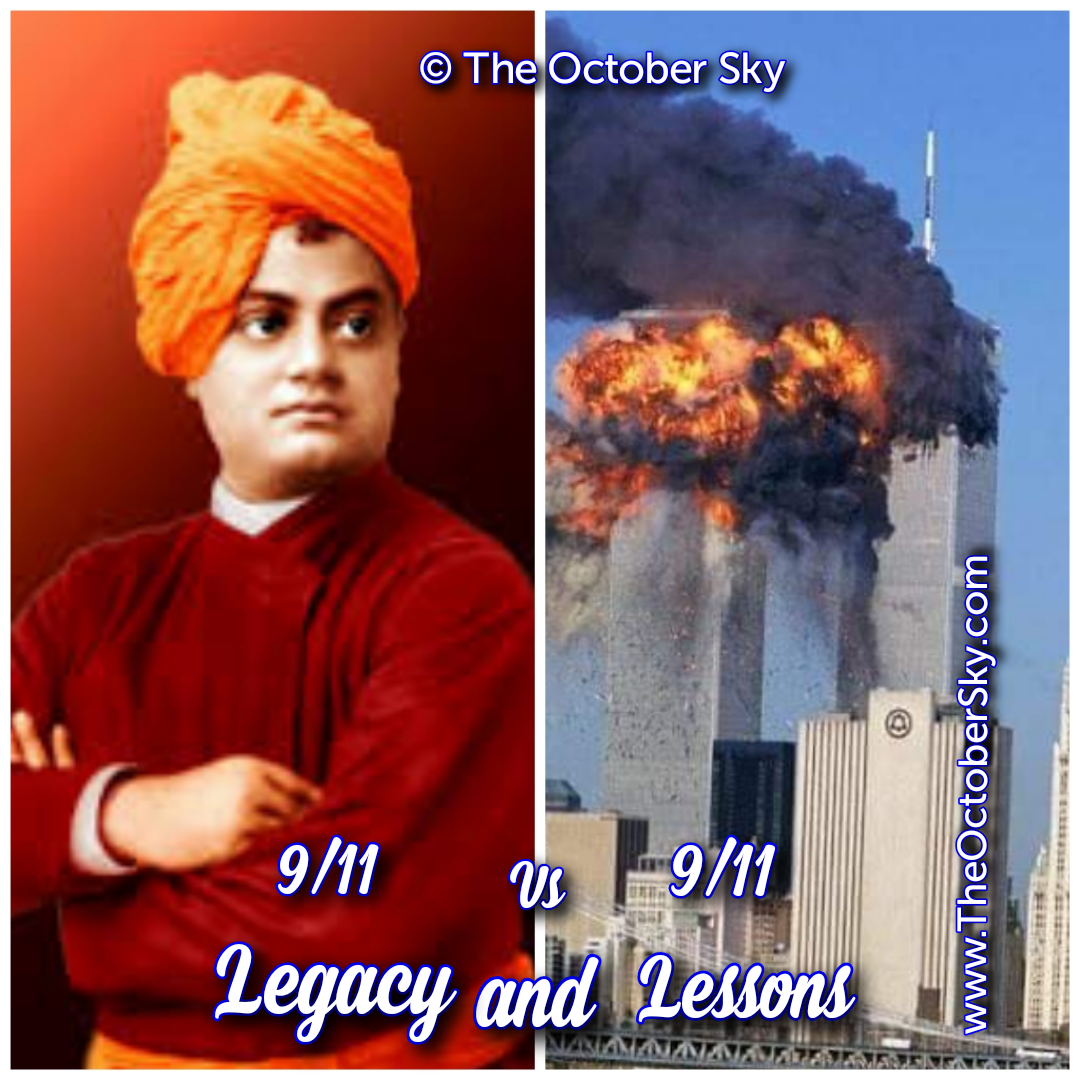 The message was delivered by Vivekananda at the parliament of religions in Chicago in 1893 — on September 11. This was the original 9/11.

While it is not yet indisputably established why 9/11 terror attacks were carried out by al Qaeda, it definitely had the imprint of religious bigotry based on fundamentalism. In his Chicago speech, Vivekananda had warned of the dangers of fanaticism.

Universal Brotherhood Day is observed on 11 September around the world each year to commemorate the historic speech delivered by Indian thinker and spiritualist Swami Vivekananda on this day in 1893 in Chicago.

Vivekananda’s iconic speech was made in the audience of delegates from all over the world at the first ever World Parliament of Religions, held from 11 to 27 September 1893.

The speech is popularly remembered for its opening words, “Sisters and brothers of America, which was a departure from the conventional usage of more formal salutations, and for which he received a two-minutes-long standing ovation. In fact, Vivekananda’s address was most likely the first time a global audience was greeted by the use of a more filial term.

He discarded the idea of religious supremacy and propagated a message of not only mutual tolerance but also religious acceptance, while critically defining both and differentiating between the two as well.Speaking about Hinduism he said, “I am proud to belong to a religion which has taught the world both, tolerance and universal acceptance.

We believe not only in universal tolerance but we accept all religions as true.”On the idea of tolerance, Vivekananda explained that it is the act of putting up with something that one disapproves of, while acceptance he said was admitting that even the seed of an idea can take root and produce an offshoot that was completely different and unique from the original ideology.

Swami Vivekananda’s speech is considered to be a turning point for the World Parliament of Religions, as it made the concept of tolerance and acceptance towards other religions more comprehensive and real.

The full speech of Swami Vivekananda as follows

“Sisters and Brothers of America,

I am proud to tell you that we have gathered in our bosom the purest remnant of the Israelites, who came to southern India and took refuge with us in the very year in which their holy temple was shattered to pieces by Roman tyranny.I am proud to belong to the religion which has sheltered and is still fostering the remnant of the grand Zoroastrian nation.

I will quote to you, brethren, a few lines from a hymn which I remember to have repeated from my earliest boyhood, which is every day repeated by millions of human beings: ‘As the different streams having their sources in different places all mingle their water in the sea, so, O Lord, the different paths which men take through different tendencies, various though they appear, crooked or straight, all lead to Thee.

‘The present convention, which is one of the most august assemblies ever held, is in itself a vindication, a declaration to the world, of the wonderful doctrine preached in the Gita: ‘Whosoever comes to Me, through whatsoever form, I reach him; all men are struggling through paths which in the end lead to Me.’Sectarianism, bigotry, and its horrible descendant, fanaticism, have long possessed this beautiful earth.

They have filled the earth with violence, drenched it often and often with human blood, destroyed civilization, and sent whole nations to despair.Had it not been for these horrible demons, human society would be far more advanced than it is now.

But their time is come; and I fervently hope that the bell that tolled this morning in honour of this convention may be the death-knell of all fanaticism, of all persecutions with the sword or with the pen, and of all uncharitable feelings between persons wending their way to the same goal.”

On September 11, 2001, a group of al-Qaeda terrorists hijacked four airliners. 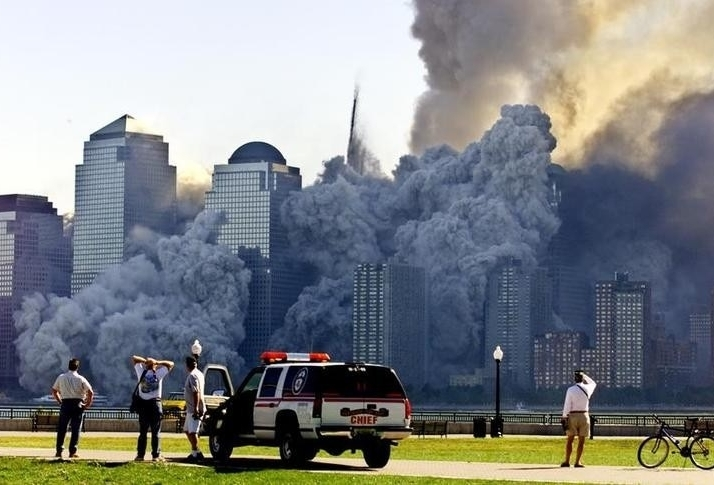 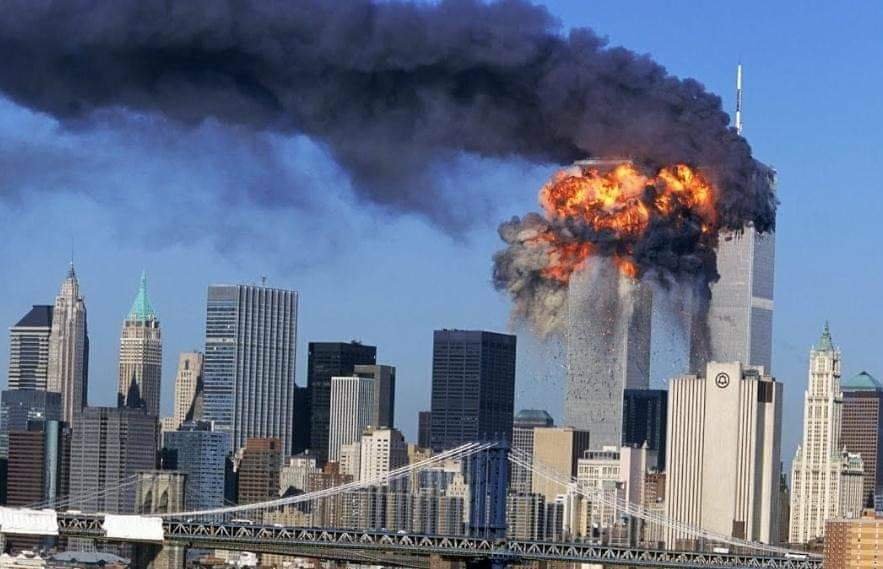 Another was flown into the Pentagon in Washington DC and the fourth crashed into a field in Pittsburgh, Pennsylvania after a struggle between the hijackers and passengers. 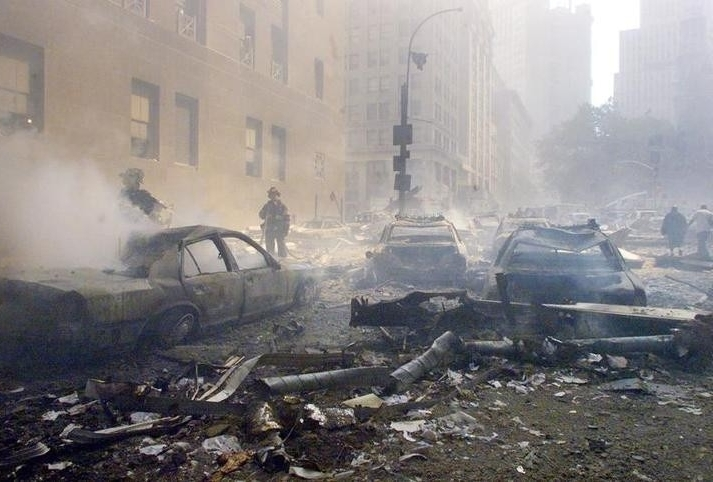 The National September 11 Memorial & Museum is at the original World Trade Centre site. 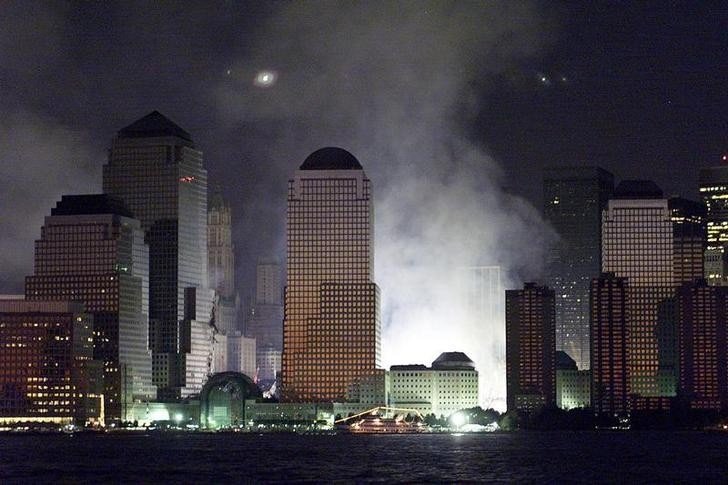 The memorial features two huge, deep pools at the base of the old World Trade Centre towers.Around the edges of the pools, each almost an acre in size, the names of those who were killed in the attacks are embossed in bronze panels.

It includes the names of 2,996 people killed by al-Qaeda in New York, the Pentagon and in Pennsylvania.