A pair of centuries-old Nandi statues, carved out of monolithic soapstone, have been unearthed from a dried lake bed in Arasinakere, about 20 km from Mysuru.

The locals, particularly the senior citizens of the village, had earlier been aware of the presence of the Nandis, whose heads appeared to peep out partially whenever the water level in the lake dipped. The complete drying up of the waterbody during summer presented the curious residents an opportunity to dig deeper.

The locals, who dug up the area and even deployed an earth mover during a three-to-four-day exercise, managed to unearth two giant Nandi statues facing each other.

A team of officials from the Department of Archaeology, Museums and Heritage, including archaeologist M.L. Gowda and engineer Satish, visited the spot on Monday. Speaking to The Hindu, Mr. Gowda said the statues appeared to belong to the 16th or 17th century, dating back to the post-Vijayanagar period. He said they resembled most of the sculptures carved out of the smooth soapstone during that period.

The statues are carved out of a single rock. “The statues are incomplete. While one appears to be 60% completed, the other is at about 85%,” Mr. Gowda said. He added that the statues were also not identical in size. 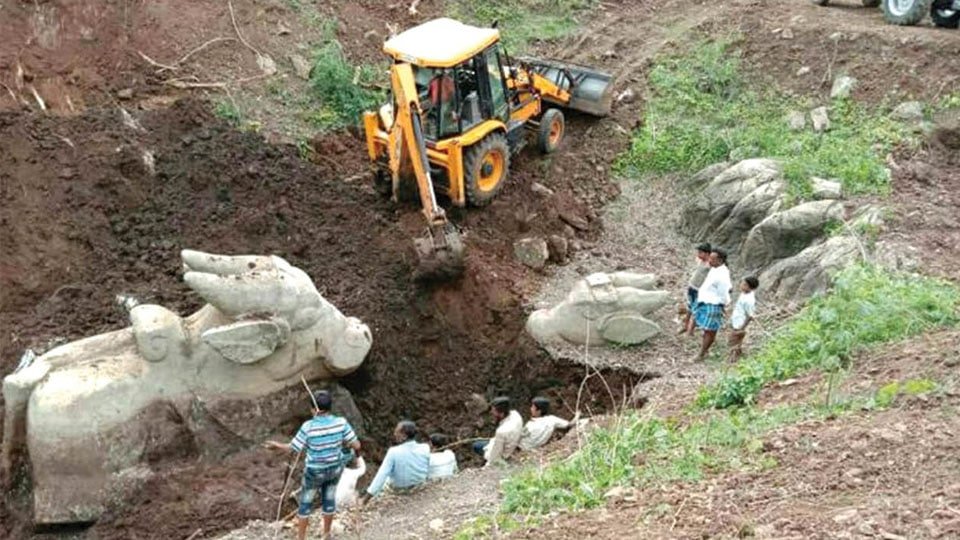 While one Nandi statue measures 15 ft in length and 12 ft in height, the other statue is smaller. the smaller one is more compact, according to locals. 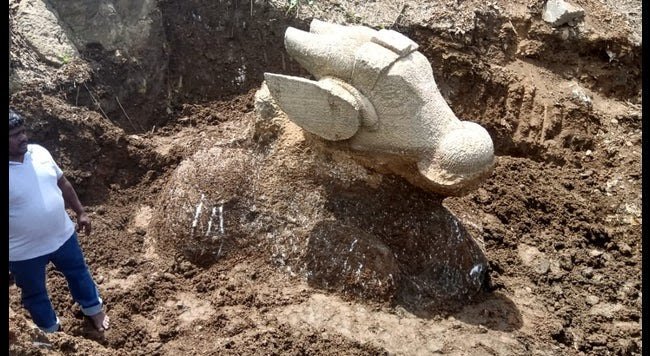 The horns of the Nandis were observed by the villagers and following this, villagers started offering pujas to them. The statues were excavated on Sunday using earthmovers in a four-day-long operation. 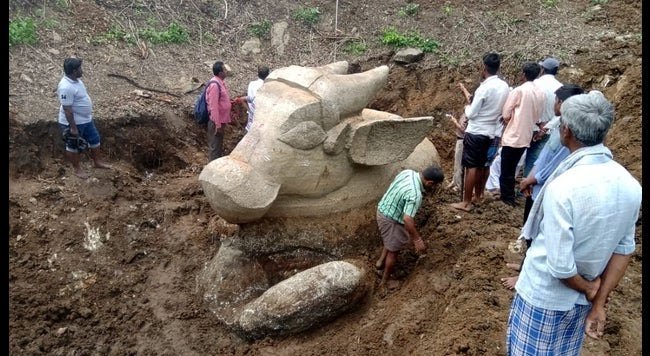 Villagers said that more than ten idols of Gods too were found at this spot but they did not have a specific identity of them. Although these idols are said to be dated to the Mysore Maharaja rule, there is no clarity about this, they said 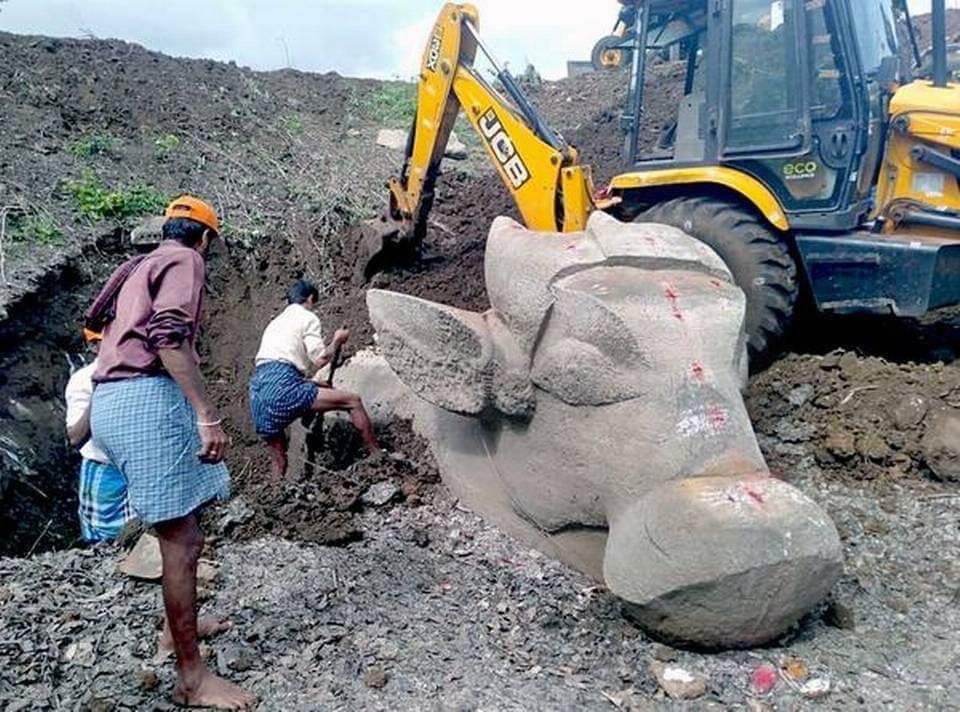 A report on the excavation has been sent to the Commissioner of the Department Archaeology, Museums and Heritage, T. Venkatesh. For the time being, further excavation has been stopped and the department officials is awaiting instructions from seniors on the measures to be taken for the statues’ conservation. Mr. Gowda said the department had been aware of the presence of the statues. “We conducted a spot inspection during 2016, but the area was covered with shrubs and submerged,” he said. 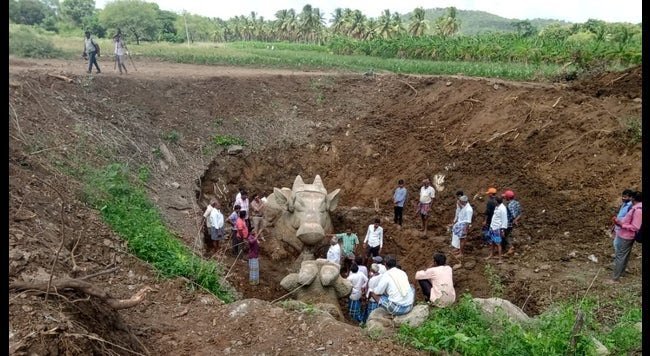 Meanwhile, citing locals, Jyothi S., Panchayat Development Officer of Marballi Gram Panchayat, under whose purview Arasinakere falls, said the village adjoining the waterbody is named after the Maharaja. Arasinakere, when translated into English, means ‘the king’s lake’, she said.

Locals also claim that the late Maharaja of Mysore, Sri Jayachamarajendra Wadiyar, had visited the lake several decades ago and tried to unearth the statues by deploying men and material. However, the labourers had to be abandon the task because of the rising water level in the lake.

While the locals suggest there could be an ancient temple beneath the lake, archaeologists say it is plausible that the Nandi statues had been carved out of the rock found at the spot for transportation to a different destination.